Please ensure Javascript is enabled for purposes of website accessibility
Log In Help Join The Motley Fool
Free Article Join Over 1 Million Premium Members And Get More In-Depth Stock Guidance and Research
By Keith Speights - Aug 18, 2019 at 9:00AM

Americans support legalizing marijuana in record numbers. A Hill-HarrisX survey released in April found that a whopping 84% of respondents support the legalization of pot. Half were in favor only for legalizing medical cannabis, with the other half supportive of legalizing the recreational use of marijuana as well.

With this widespread support, you might assume that U.S. marijuana legalization is a shoo-in. Think again.

By my rough calculations, the odds of marijuana being legalized in the U.S. within the next few years is less than 1 in 300. That's right: The chances that you would flip a coin and have it land on heads eight times in a row are much better than the country legalizing pot anytime soon. 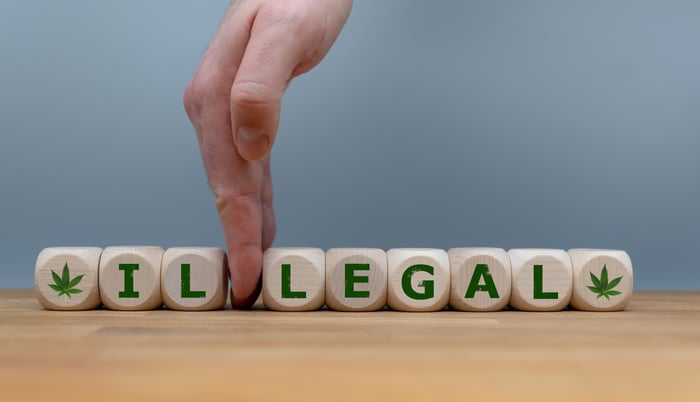 Democrats in the U.S. House of Representatives should have all the votes they need to pass legislation to, at minimum, federally recognize the rights of individual states to enforce their own cannabis laws. Sen. Cory Gardner (R.-Colo.) even thinks the votes exist in the U.S. Senate to pass similar legislation.

But any bill that comes before the Senate must first be allowed to do so by the Senate majority leader. Sen. McConnell currently holds that position. He has very little incentive to change federal marijuana laws. In fact, it could be a foolish political move for him to allow marijuana legalization legislation to be voted on by the full Senate.

The issue is that hemp farming is now a rapidly growing industry in Sen. McConnell's home state of Kentucky. He played a key role in getting the 2018 Farm Bill passed last year. The bill legalized hemp in the U.S. and created greater opportunities for Kentucky hemp farmers. Those opportunities could be jeopardized by the U.S. legalization of marijuana. Because of this, Sen. McConnell has shown zero interest in changing federal marijuana laws.

That leads to the obvious question: Will the Democrats regain the U.S. Senate in 2020, thereby booting Sen. McConnell from his position as majority leader? They could, but the odds of doing so appear to be daunting at this point.

Democrats need to flip seven seats to take control of the Senate. With the GOP defending 22 seats compared to only 12 for the Democrats, that might seem relatively easy. But it isn't.

The Cook Political Report, a respected independent nonpartisan newsletter, rates 18 of those Republican seats as either solid or likely to be held by the GOP. Only two Senate Republican seats up for grabs in 2020 are rated as toss-ups. In addition, the Cook Political Report also rates the Alabama seat currently held by the Democrats as a toss-up. One other GOP Senate seat in Maine is listed as leaning Republican. 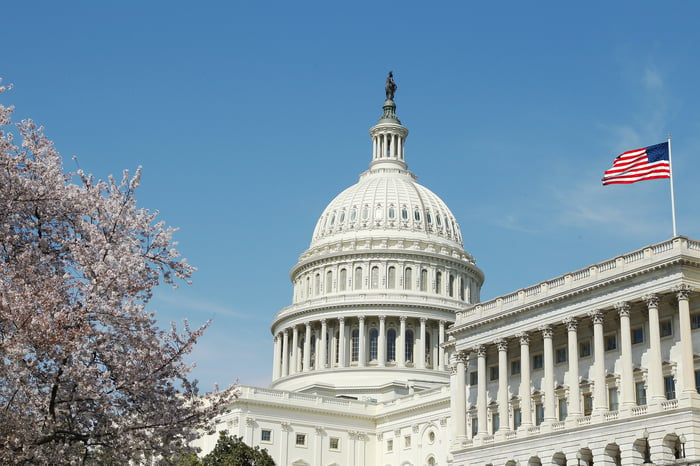 Political observer Larry Sabato agrees with these three toss-up seats. However, he thinks that there are three other seats that lean Republican instead of being likely to be held by the GOP.

Let's assume that Sabato's perspective is right. That still leaves the Democrats needing to win all three toss-up seats (including the one current Democrat-held seat), flip the four states that only lean GOP right now, plus pick up another seat that's more firmly held by Republicans.

What are the odds of that happening? A 50% probability for the three toss-up seats makes sense. We'll be generous and give the Democrats a 49% chance of flipping the four Senate seats that lean Republican. And let's assume there's a 45% probability of the Democrats dislodging one current GOP senator who is in a seemingly safer race (which, again, is being generous).

If we calculate the probability of Democrats winning in all of these races, we arrive at a 0.32% chance of the GOP losing control of the Senate. In other words, the odds are 308-to-1 against it happening.

But wait a second. If the Democrats win the presidency, they only need 50 Senate seats to be the majority party because the vice president breaks any tie votes. However, the betting odds right now give President Trump a slight edge in winning reelection. This scenario actually lowers the probability that the Democrats could regain control of the Senate.

There's one other potential development for us to consider, though. Sen. Bernie Sanders (I-Vt.) stated recently that he'd use an executive order to legalize marijuana. No other Democrat presidential candidates have hinted they would take this approach.

What are the odds that Sen. Sanders will become president? Based on betting sites, he has at best a 10% chance of becoming the Democrat nominee and going on to beat President Trump. That's a lot better than the Democrats' probability of winning the Senate.

For example, Canopy Growth's (CGC 5.67%) deal to acquire Acreage Holdings hinges on changes to federal marijuana laws. There are other reasons you might like Canopy Growth, but the odds appear to be stacked against the Acreage deal closing within the next few years.

This means that Canopy Growth and its peers could be limited to participating only in the U.S. hemp market rather than the huge cannabis market. As such, it could take longer for these companies to grow into their current valuations than some investors anticipate. Also, the relatively lower valuations of U.S.-based cannabis stocks such as Green Thumb Industries (GTBIF -1.98%) and KushCo Holdings (KSHB) could remain below their Canadian counterparts for a while.

A longer path to federal legalization of marijuana probably won't dampen growth in the states that have legalized or will legalize medical cannabis or recreational pot, though. Remember, too, that even daunting odds can evaporate as conditions change. For now, though, the probability of U.S. marijuana legalization remains shockingly low despite the strong support among Americans.