Please ensure Javascript is enabled for purposes of website accessibility
Log In Help Join The Motley Fool
Free Article Join Over 1 Million Premium Members And Get More In-Depth Stock Guidance and Research
By Daniel B. Kline - Aug 19, 2019 at 12:24PM

Spending has grown, but there are reasons to believe that may change heading into the fall.

Amazon's (AMZN -1.26%) Prime Day has turned the once-sleepy month of July into a retail battleground. Overall retail sales for the month, which featured countless retailers offering major sales, rose by 0.9% over June and 5.6% year over year, according to a new report from the National Retail Federation (NRF).

These numbers exclude automobile dealers, gasoline stations, and restaurants. They show that whether it was the excitement of Prime Day and/or just general confidence in their own financial position, people were willing to shop.

"July's strong results are consistent with a confident consumer," NRF Chief Economist Jack Kleinhenz said. "Households are in good shape with spending, and that should continue as long as the labor market remains healthy." 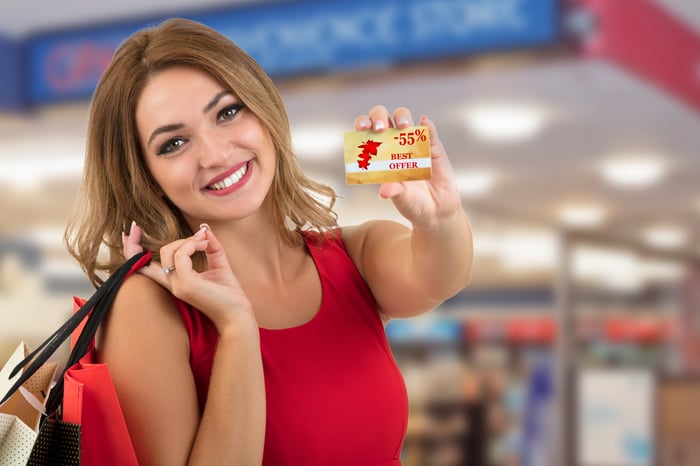 Despite the positive July numbers and overall healthy economy, Kleinhenz said he sees the possibility for a downturn. He sees a number of things happening that could lead to a pullback in retail spending.

"It's important to remember that today's data is looking backward at what was happening a month ago," he said. "The impact of volatile financial markets and increased trade tensions in recent weeks may put a wind of caution in consumer spending as we move forward in 2019."

While unemployment remains near historic lows and wages have been inching higher, the NRF cited potential new tariffs on some goods imported from China as a potential drag on the economy. Those tariffs, which are paid by the company importing the goods, are generally passed on to consumers.

The implementation of those new tariffs has been delayed until Dec. 15, which is an economic positive in two ways. First, it allows companies to import inventory for the holiday season without an added financial burden (though tariffs on some goods are already in effect, and others hit on Sept. 1). Second, it allows for more time for a trade agreement with China to be worked out.

Overall July sales, which include auto dealers, gas stations, and restaurants, rose by 0.7% from June and are up 3.4% year over year, according to the NRF (which takes its data from the U.S. Census Bureau). Online and other non-store sales, it should be noted, rose 19.3% from July 2018 and were up 2.8% from June 2018, which can largely, if not entirely, be attributed to Prime Day.

For retailers, these numbers suggest that consumers remain confident and that they're willing to open their wallets. The success of Prime Day and the competitor sales that rose up around it also bodes well for the holiday shopping season -- assuming that most tariffs continue to be delayed or eventually are avoided.

Consumers should, as always, take a cautious approach. Plan ahead for big purchases, make sure you have an emergency fund, and don't use the strong economy as an excuse to buy things you don't need.

When it comes to making any purchases, it's important to focus on your own financial situation and not the economy overall. A low unemployment rate does not matter if you are currently unemployed.

Be smart and hope for the best while planning for, maybe not the worst, but worse than things are for you now. That puts you in a position where the only surprises are good ones.