See why these three stocks stood out even as the broader market climbed.

Monday began on a positive note for investors after Treasury yields rebounded from last week's historic lows. U.S. regulators also agreed to extend a license allowing China's Huawei to work with U.S. customers for another 90 days. Together, the developments helped ease concerns for both the state of international trade and a potential global economic slowdown.

Shares of NVIDIA jumped 7% thanks to a combination of the aforementioned Huawei license extension -- which broadly benefits U.S.-based chip companies -- and a new agreement with Microsoft to add its RTX ray tracing technology to the PC version of the software giant's blockbuster Minecraft game. 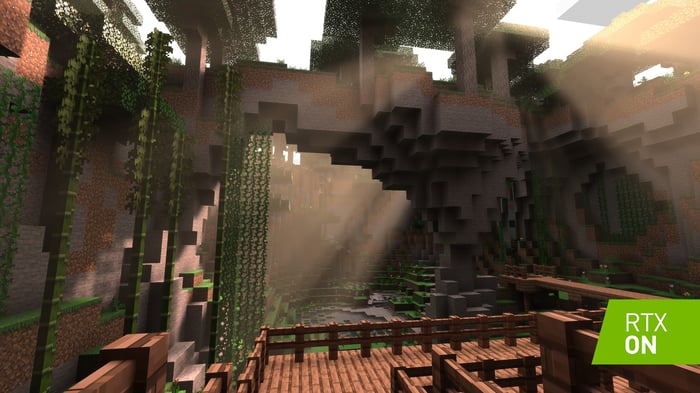 "Minecraft will expose ray tracing to millions of gamers of all ages and backgrounds that may not play more hardcore video games," explained NVIDIA head of GeForce marketing Matt Wuebbling. "The world's best-selling video game adding ray tracing on PC illustrates the momentum that ray tracing has built in the gaming ecosystem."

Adjusted (non-GAAP) quarterly revenue declined 1% year over year (but increased 5% at constant currencies) to $530.4 million -- well above estimates for revenue closer to $510 million. That translated into adjusted net income of $54 million, or $0.76 per share, down from $0.89 per share in the year-ago period but crushing estimates for earnings of $0.47 per share.

Sina's top-line results were bolstered by a 20% increase in adjusted non-advertising revenue to $96.8 million, which nearly offset a 5% decline in advertising sales to $433.6 million.

Tegna is an acquisition target

More specifically, WSJ says Apollo sent a letter to Tegna's board in February expressing its interest in striking a deal, and has remained in contact with the company even as Tegna declined to move forward with a purchase.

Any such acquisition would need to come at a hefty premium to appease Tegna shareholders -- a task made more difficult for Apollo with Tegna stock already up more than 40% so far in 2019. But The Wall Street Journal's sources also noted Apollo may pursue other options, including a merger or selling its own portfolio of TV stations to Tegna.