The Chinese online media company reported estimate-thumping earnings and sales for the quarter: $0.73 per diluted share earned on $533.1 million in sales, as calculated according to generally accepted accounting principles (GAAP), versus Wall Street's expectation for $0.47 per share in profit and $510.2 million in sales. 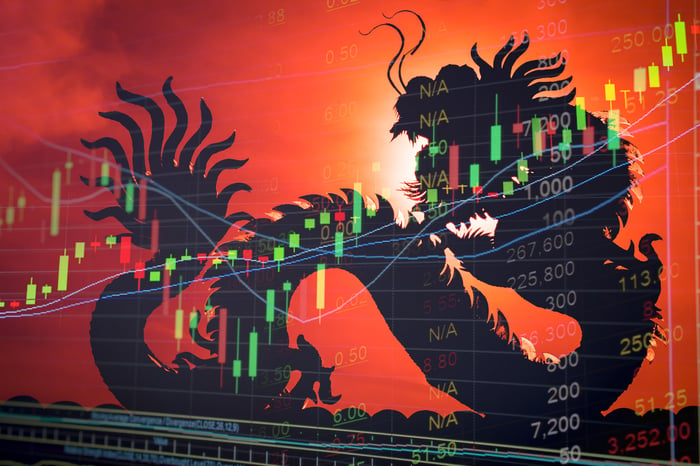 Those sales were actually down 1% year over year, by the way. But because they beat estimates -- and because earnings grew so much, up 55% when no growth at all was anticipated -- investors seemed willing to overlook the fact that business slowed slightly.

Gross profit margin slipped from 80.1% last year to 76.7% in this year's Q2, a decline of 340 basis points. Operating margin fell from 25.3% a year ago to 23.6%, a smaller drop of only 170 basis points. Losses on sold investments, however, decreased, helping to improve pre-tax income, and less income "attributable to non-controlling interests" pushed up net profits even further.

Nevertheless, analysts are still seeing declines ahead for SINA. Despite this morning's earnings beat, the forecast for Q3 calls for a big 23% drop in profits. Analysts expect SINA to earn only $0.72 per share this quarter, and to end the year with earnings of $2.47 per share -- a 20% year over year decline.

If those forecasts prove accurate, today's share-price surge could be presenting investors with a golden opportunity to exit the stock before things take a turn for the worse.