An analyst slashes his price target on the leading -- if not bleeding -- video game retailer to a Street low of $2.50, but the inevitable fade of GameStop will be long, with opportunities for investors along the way.

GameStop (GME -3.56%) is a sinking retailer stock looking for a floor, and at least one Wall Street pro thinks the near-term bottom will be even lower than where the shares are now. Bank of America Merrill Lynch analyst Curtis Nagle is slashing his price target for the stock from $4 to what is now a Street-low $2.50, a move that implies another 30% of downside for one of this year's worst-performing investments.

GameStop stock has plummeted 72% this year as the turnaround hopes for the video game retailer continue to diminish. Nagle is not impressed by this year's slate of game releases, which pose an earnings risk to a chain that's already reeling. The shift from physical game discs and cartridges to direct digital delivery is also eating into the high-margin preowned segment that at its prime was the real growth driver here. With a potential sale of the company and once-chunky yield off the table, there just isn't a lot for investors to get excited about -- but it's not as if the retailer is going to close up shop overnight. 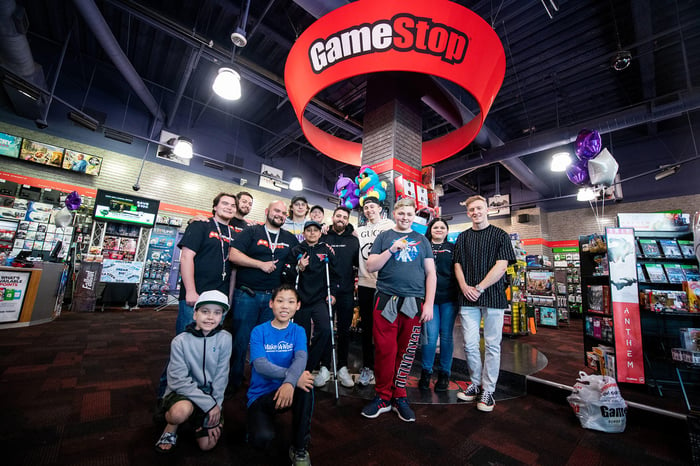 GameStop's long-term outlook is bleak, but there's a bullish case to be made for the out-of-favor stock to bounce back even if the rebound ultimately proves to be short-lived. GameStop is profitable and generating healthy free cash flow, and that is expected to continue for at least a couple of more years.

The model is lean here. Its stores fit snugly in small strip mall spaces that have reasonable rent, and it takes only minimal staffing to keep the operations going. The trends are not bullish, and global sales plummeted 13% in its most recent quarter. GameStop is now targeting a slide of 5% to 10% in total sales and comps for the fiscal year that ends in early February. Profitability is taking an even harder hit, but the chain has a new CEO and is rolling out cost-cutting initiatives to help extend its lifeline as long as possible.

Analysts see earnings per share plunging to $1.51 a share this year, barely more than half the prior fiscal year's adjusted profit. They see the bottom line improving to $1.65 a share next year, but it's OK to approach that target from a skeptical perspective. It will be a challenge to grow earnings if the fundamentals continue to crack. However, it's not often that you see a stock selling at a price that is just a little more than what it's expected to earn in the next two years.

GameStop is a mess. It eliminated its once-generous quarterly dividend in June, sending yield-chasing income investors scurrying for the exits. This follows news earlier this year that it was no longer exploring strategic alternatives, clearing the shareholder base of the speculators holding on for the stock's potential as a buyout candidate. The thinned herd of potential investors limits the stock's appeal to folks playing hot potato, hoping that it rises enough for them to unload it before the music stops. It's a game that even the chain's die-hard fans don't seem anxious to play, and the stock's been rattled this summer on concerns that recent mass shootings may lead to tighter regulations on some of the more violent video games.

It's hard to see GameStop around in five years or so, but this won't be a slow and steady march to zero. There will be glimmers of hope along the way. GameStop has time, cash, and profitability on its side for reinvention, but that clock is also ticking.