TJX Companies (TJX 1.27%), which owns off-price stores T.J. Maxx, Marshalls, HomeGoods, HomeSense, and Sierra Trading Post, has benefited from the "retail apocalypse" by gobbling up struggling retailers' inventories at rock-bottom prices and selling them to consumers at lower prices than Amazon.

TJX accomplishes this by leveraging its scale to buy goods from more than 21,000 vendors in over 100 countries. It then quickly rotates those products at its stores to lure customers back to its brick-and-mortar locations for a "treasure hunt" experience. 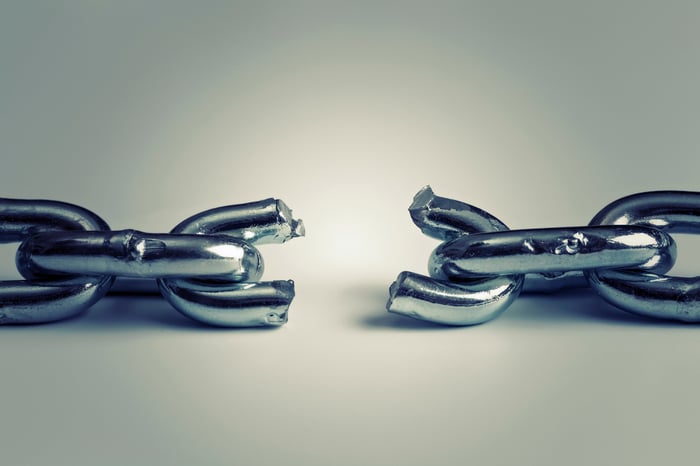 TJX expects those strengths to boost its comparable-store sales 2%-3% this year, marking its 24th straight year of positive comps growth. EPS should rise 5%-7%. The company reaffirmed those forecasts in its recent second-quarter report, but one surprise spooked the bulls: Its comps growth of 2% missed analysts' expectations for 3.1% growth.

The main reason for the miss was HomeGoods (including HomeSense), which posted no comps growth and partly offset the robust growth of TJX's other banners. Let's see how HomeGoods became a soft spot for TJX, and how the company plans to restart its growth.

What happened to HomeGoods?

HomeGoods' comps growth remained healthy throughout fiscal 2019, but that growth sputtered out in the first half of fiscal 2020.

In the first quarter, CFO Scott Goldenberg admitted that HomeGoods' growth was "softer" than expected, but stated that TJX still felt "great about the fundamental strength of this business and its growth potential," and saw "an excellent opportunity to keep gaining market share in the United States home fashion space."

CEO Ernie Herrman noted that HomeGoods' customer traffic and merchandise margins still expanded during the first quarter, and that TJX was "still bullish" on the home business. However, he also admitted that home starts weren't "robust," the competition was rising, and it struggled with weather issues in certain regions.

In the second quarter, Herrman stated that "a few categories of merchandise" were throttling HomeGoods' growth, but didn't highlight the specific products. The executive also noted that contracts prevented HomeGoods from simply canceling bulk orders for the "wrong" types of merchandise, and that it was clearing out its excess inventories with markdowns, which caused the segment's profit margin to dip 170 basis points year over year to 9%.

However, Herrman stated that TJX is "pretty confident that HomeGoods will start to show incremental sales improvement" in the third quarter as it brings in new products. He also emphasized that "80% to 90%" of HomeGoods' problems were "self-inflicted execution issues" instead of macro challenges. 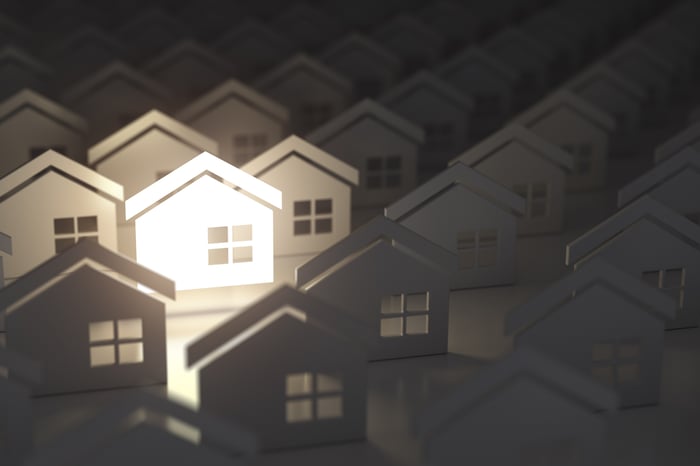 Based on those improvements, TJX expects HomeGoods' growth to stabilize, with 1% comps growth and a profit margin of 10%-10.1% for the full year. HomeGoods' comps growth will remain softer than the company's other divisions, but the forecast indicates that the business isn't headed off a cliff. TJX also opened 13 new HomeGoods locations and one new HomeSense store during the second quarter, so it's still confident in the banners' growth potential.

But does TJX have blinders on?

TJX is arguably better-run than J.C. Penney and Macy's, but weak demand for home goods could be more of a macro issue than TJX admits. Investors shouldn't worry yet, since the company can easily offset the weakness of HomeGoods with its other off-price banners, but they should see if TJX's forecast pans out.