Cowen initiates coverage with an outperform rating and a $150 price target.

Cowen has initiated coverage on identity access management (IAM) and single sign-on (SSO) provider Okta (OKTA 0.12%). Analyst Nich Yako has slapped a bullish outperform rating on Okta shares alongside a $150 price target. That's well above the average price target of roughly $126, and close to the Street high of $155 from BMO Research (which actually has Okta rated at market perform).

Okta has already been enjoying strong gains in 2019, with the stock up 114% year to date. Here's why Cowen thinks Okta still has more upside from here. 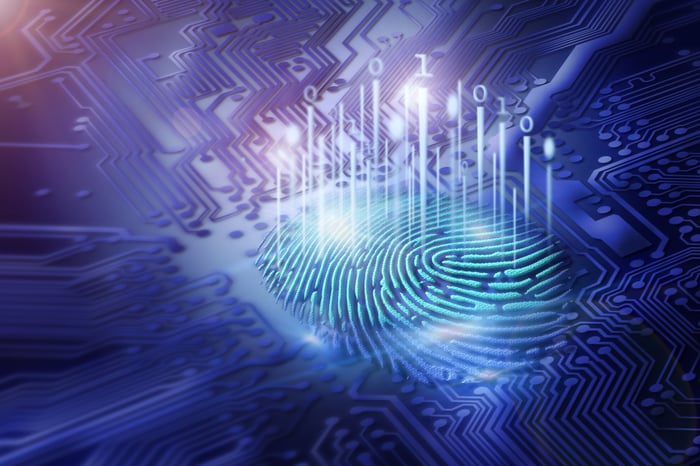 Cowen believes that Okta is "well positioned" in the IAM market and should be able to hit its target of 30% revenue growth through fiscal 2024 while generating free cash flow margin of 20% or higher. The company has been making strong progress in improving its free cash flow margin, which jumped over 12 full percentage points year over year in the first quarter. Free cash flow was $13.2 million, or 10.5% of revenue.

"IAM represents a fast growing segment of security which has taken on new significance in a cloud/SaaS dominant world and become a top security spending priority," the analyst writes. Okta's Identity Cloud is at the epicenter of three major trends in the enterprise: ongoing migration to cloud-based platforms, digital transformation, and increasing adoption of a "perimeter less security model."

Cowen notes that Okta already sports a rich valuation -- shares are currently trading at over 34 times sales -- but that premium is justified considering the company's strong fundamentals. Okta will likely be able to scale revenue and free cash flow faster than current estimates suggest, and the company has plenty of growth opportunities ahead of it. The management team is also top-notch, in Cowen's view.

The initiation comes shortly after Gartner named Okta a leader in its Magic Quadrant for Access Management for the third consecutive year. "We believe that Gartner's continued recognition of Okta as a Leader serves as strong evidence of our sustained leadership in identity and access management," CMO Ryan Carlson said in a statement. "We also believe it's clear validation of our focus on making our customers successful."

The market researcher believes Okta has a more complete vision combined with a strong ability to execute, ahead of larger rivals like Microsoft and IBM on both fronts. Okta had the highest score in customer experience, and enterprises find its offerings easy to deploy and use, according to Gartner's analysis.

Gartner also pointed to other strengths such as "extensibility in authentication and authorization flows," as well as an innovative method of using "contextual and adaptive authentication" to authenticate without passwords. Okta's pricing is "well above" market rates, but it seems that it is able to justify that premium: The company had over 1,100 customers with annual contract value (ACV) greater than $100,000 at the end of the first quarter.