With the stock currently trading right around the level of its March 2018 IPO price, iQiyi (NASDAQ:IQ) shareholders were looking for reassurances that China's streaming video leader was still a worthwhile investment going into its second-quarter earnings report earlier this week.

iQiyi delivered revenue of RMB 7.1 billion ($1 billion), up 15% year over year -- near the midpoint of management's guidance and on the low end of analysts' consensus estimates. Heavy spending to expand its library of original content continued, with the cost of revenue coming in at RMB 7 billion ($1 billion), up 14% compared to the prior-year quarter. This resulted in a loss per share of $0.49, about 10% worse year over year.

iQiyi's management provided a wealth of other valuable information to shareholders on the conference call it held to discuss the results. Here are three important takeaways from that call. 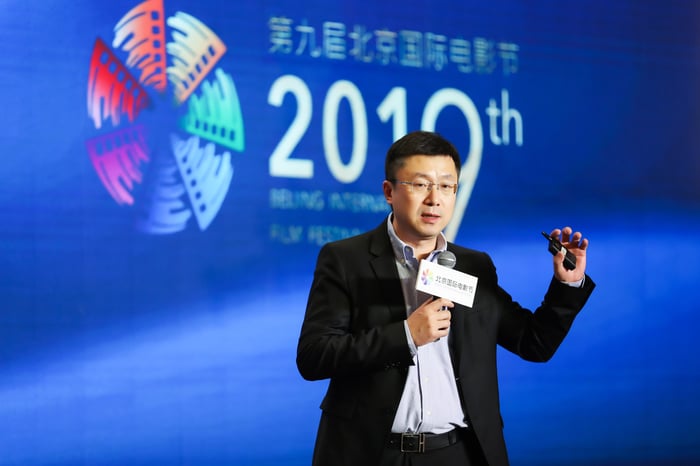 1. A massive and growing opportunity

The Chinese streaming giant crossed a notable milestone just before the end of the quarter, with its subscriber numbers surpassing 100 million, up more than 50% year over year. Founder and CEO Tim Gong Yu pointed out a technological advance that the company believes will drive even more robust growth:

iQiyi has entered into strategic partnerships with China Unicom (NYSE:CHU), China Telecom, and China Mobile on research and development of 5G technology. Most recently, the company established a joint innovation lab with China Unicom to test a variety of technologies, including "network slicing, mobile edge computing, big data, mixed reality, augmented reality, virtual reality, and 4K/8K ultra-high-resolution technologies." Each of these initiatives is designed so that iQiyi can deliver its growing catalog of content to customers as the new technology is rolled out.

2. The effects of recent government regulations

In mid-2018, an investigative TV journalist in China exposed a far-reaching tax evasion scandal. The reporter posted two versions of a contract belonging to Fan Bingbing, the most famous movie actress in China. The first showed her pay for a recent film at $7.8 million, while the second showed it at $1.5 million. This set off a high-profile investigation by Chinese authorities into what was reportedly a common practice among movie makers -- getting paid the higher salary, while reporting a significantly lower amount to tax authorities.

As a result of the investigation, players in China's domestic film industry paid more than RMB 11.5 billion ($1.69 billion) in back taxes. Additionally, new regulations cap actors' salaries at 40% of the total production costs.

These recent changes helped to "stabilize the pricing of [iQiyi's] content procurement ... because of the capped pay for actors, actually, the license pricing is on a downward trend," Gong said. "Some major top-tier actors and actresses, their salaries used to be somewhere between 80 million to 120 million yuan ($11.3 million to $17 million), but now, many of them have come down to a range to 40 million to 50 million yuan ($5.7 million to $7.1 million)." 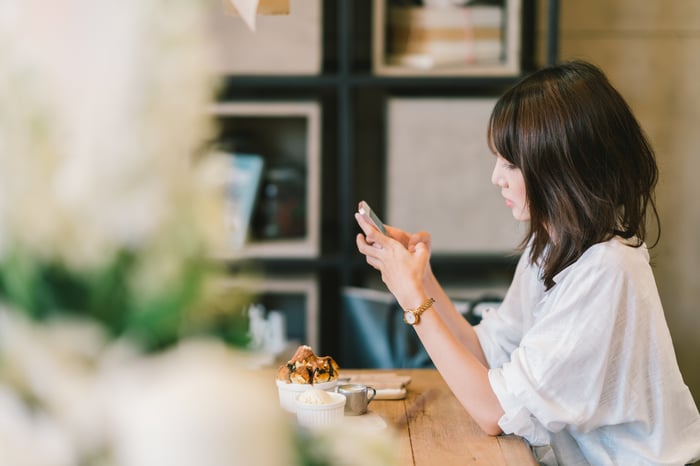 While new hit programming is iQiyi's lifeblood, the company is effectively leveraging its stories and characters across a variety of formats in order to get the most out of its growing library of intellectual property (IP).

Thunder, which was a hit original drama series for the company, was adapted "into a digital novel and ... simultaneously released on our iQiyi reading app and quickly rocketed to the top of the bestseller list," Gong explained. The company also extended the "monetization lifecycle" of its animated 3D hit Youth Songs by releasing a digital novel and an online game using the storyline and characters from the show.

"We continue to leverage the value of our IP by adapting them to different forms of content to build a complete IP value chain," Gong said.