Please ensure Javascript is enabled for purposes of website accessibility
Log In Help Join The Motley Fool
Free Article Join Over 1 Million Premium Members And Get More In-Depth Stock Guidance and Research
By Daniel Miller – Aug 22, 2019 at 11:31AM

There was more to BJ's solid second quarter than its earnings beat.

"Second quarter results for sales and earnings were in line with our expectations," said Christopher J. Baldwin, chairman and chief executive officer, in a press release. "We delivered improved margins and continued to grow earnings as we executed against our strategic priorities." 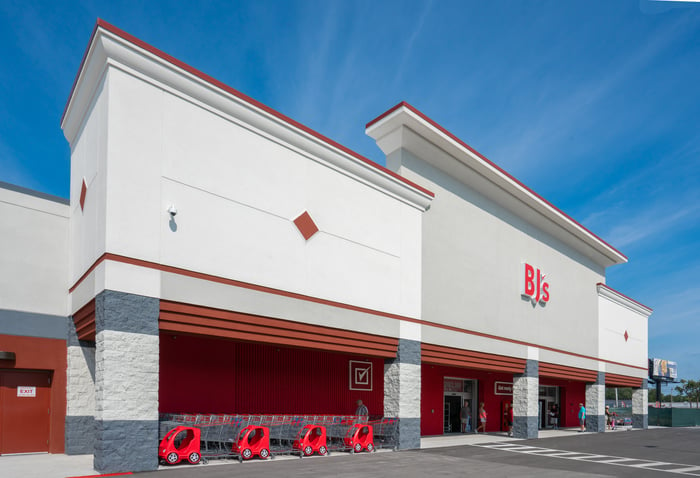 Beyond the company's top- and bottom-line results, there were a couple of other factors to note. Sales were stronger in the second half of the second quarter when weather improved, and that momentum could lead to a strong start to the third quarter. Another positive takeaway was the company's 6% growth in membership fee income, which management has previously noted will be a growth catalyst for the company.

Management will now focus on driving store traffic with general merchandise such as TVs (which have been noticeably effective at driving traffic), apparel, and housewares sales and on expanding its store count.