This isn't the first time the streaming giant has whiffed on subscriber numbers, and it doesn't mean the sky is falling.

When Netflix (NFLX 1.39%) released its second-quarter earnings last month, the report seemed to confirm shareholders' greatest fears: The company's well-documented pricing power had hit a wall, and growth had begun to slow as a result.

The company rolled out its fifth price increase in as many years in Q2, with the cost of its most popular plan increasing $2 per month to $12.99. Following that price hike, the company reported a subscriber decline of about 130,000 in the U.S., the first such loss since 2011. This was part of a much broader subscriber miss, as paid members grew by 2.7 million, much less than the 5.5 million it generated in the prior-year quarter and the 5 million Netflix had forecast.

Investors have been bombarded with reports of impending doom for the streaming giant, but Netflix will likely turn the tide in the coming quarter, and its days of growth are far from over. 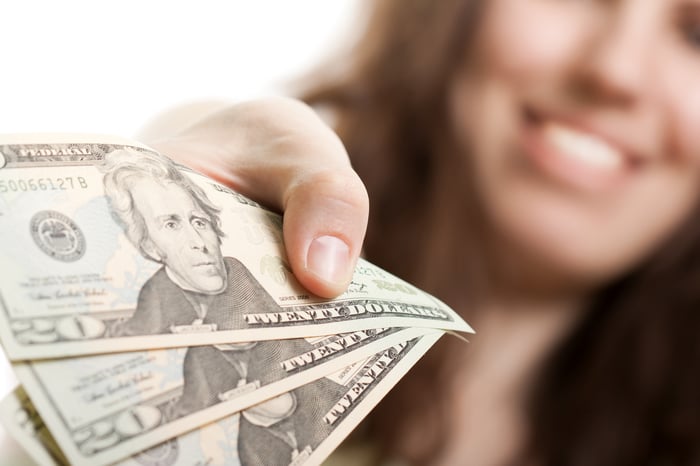 This isn't the first time (and won't be the last)

While the price hike may have had a temporary impact on subscriber numbers, Netflix believes that the slowdown of growth across all regions was indicative of an element of seasonality. There are also a number of other factors that may have led to the miss.

Even in light of the company's remarkable record of accuracy on its guidance, the second quarter has been notoriously difficult for Netflix to forecast. It has missed its own guidance for Q2 in three of the past four years. Netflix customers have long been able to quit or pause their subscriptions for a short time as school gets out and summer vacations ensue, making forecasting during the second quarter even dicier. Sometimes it's easy to forget than these projections are more art than science.

Some factors that likely hurt the second-quarter number were the company's performance in the fourth and first quarters. Netflix recorded the highest quarterly net additions in the company's history, setting back-to-back quarterly records in Q4 and Q1. This suggests that some of the growth had been pulled into the prior quarters. Additionally, some may also have been delayed until the third quarter, which can be attributed to the strength of the content slate.

Some of Netflix's most popular shows introduced or will introduce new seasons during the second half of the year, including Stranger Things 3, the company's flagship series. Other programs like La Casa de Papel (aka Money Heist), Mindhunter, GLOW, and the final season of Orange Is the New Black are already on or will be debuting in the coming weeks.

Netflix can see what investors can't

On the conference call to discuss the results, Spencer Wang, head of investor relations, said the tide had already begun to turn, with growth reaccelerating in the first couple of weeks of Q3. "We're also seeing improvement in those churn rates and retention back toward the pre-price-change level," Wang said.

Netflix has said it has a fair idea of how many subscribers it expects to add during a given year, but it's much more difficult to translate those into accurate quarterly forecasts, particularly with all the factors that can impact shorter periods of time.

A look at the company's third-quarter forecast may provide some insight. Netflix is guiding for 7 million net additions for Q3, significantly higher than the 6.07 million it generated in the prior-year quarter.

Investors will likely be pleasantly surprised at the subscriber numbers in the third quarter -- but maybe they shouldn't be. The overall growth trajectory is more important than the results in a single quarter, and one miss certainly doesn't indicate the beginning of a trend.