Kohl's (NYSE:KSS) was once considered a survivor of the retail apocalypse. It rotated its products quickly, kept its inventories low, distanced itself from sickly malls with stand-alone stores, and kept its products organized on easy-to-navigate "racetracks."

Those strategies enabled Kohl's to generate positive comparable-store sales growth as it expanded its gross margins. Unfortunately, Kohl's first-quarter report in May indicated that it was gradually succumbing to industry headwinds, and its recent second-quarter report raised more red flags. 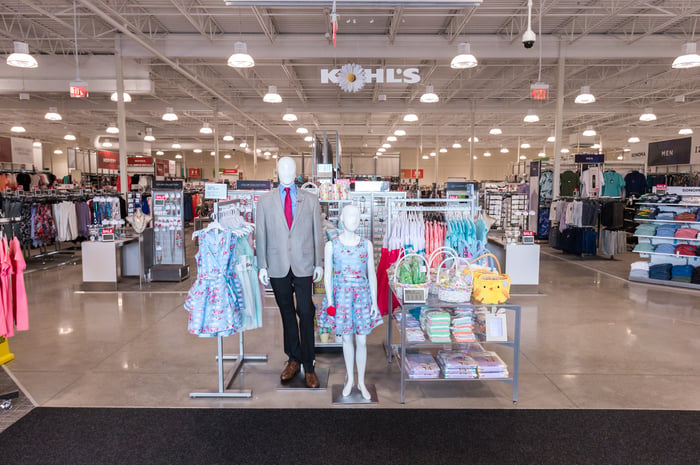 However, some investors might be wondering if Kohl's forward P/E of 9 and forward yield of 6% make it an undervalued dividend stock. Unfortunately, I think Kohl's stock is cheap for some clear-cut reasons, and I don't think its outlook will improve anytime soon.

What happened to Kohl's?

Kohl's streak of positive comps growth ended in the first quarter and remained negative in the second quarter. That slowdown can be attributed to competition from Amazon (NASDAQ:AMZN), Target, Walmart, and other big retailers, as well as fast-fashion challengers like H&M and Zara.

Kohl's blamed that decline on higher promotions aimed at boosting its sales and market share, as well as higher shipping costs. It expects that pressure, along with higher tariffs, to cause its gross margin to contract 35 to 45 basis points for the full year -- compared to its prior forecast for a 20- to 30-basis-point decline.

Putting its future in Amazon's hands

However, Kohl's still reaffirmed its full-year adjusted EPS forecast of $5.15 to $5.45, which implies a 3% to 8% decline from 2018. That's because CEO Michelle Gass expects rising revenues from Kohl's closer ties with Amazon to boost its sales in the second half of the year and offset its declining gross margins.

Kohl's started accepting Amazon returns at select stores two years ago and expanded the program to all of its stores last month. It also started selling Amazon's Echo speakers and Kindle devices. Gass believes that tethering itself to Amazon will bring in more shoppers, but that plan faces three big problems: Amazon customers still have plenty of other ways to return their products, those who return products at Kohl's stores might not buy any additional products, and customers can easily buy Echos and Kindles online. 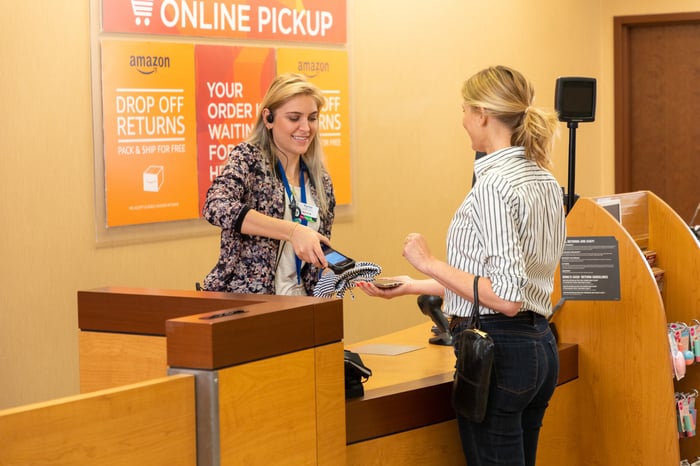 Other turnaround efforts are uninspiring

Kohl's is also splitting up some of its stores to make room for Planet Fitness gyms and Aldi grocery stores, in hopes that those businesses will bring in more shoppers. It's also shrinking some of its stores to cut rental and overhead costs. However, other struggling retailers have adopted similar strategies before.

For example, J.C. Penney (OTC:JCPN.Q) often highlights LVMH's Sephora store-in-stores as a bright spot in its brick-and-mortar stores. However, those Sephora stores reportedly generate three to five times as much sales per square foot as J.C. Penney, while J.C. Penney's total comps stayed negative for the past four quarters.

Facebook (NASDAQ:FB) is also helping Kohl's identify a selection of "emerging" digitally native brands to launch at its online stores and more than 50 brick-and-mortar locations. Kohl's expects those new brands -- along with a new line of Nine West shoes and licensed NFL and NBA products from Fanatics -- to boost its sales in the second half of the year.

However, investors should also recall that Macy's launched a similar initiative with Facebook last year, and those digitally native pop-up shops failed to boost its anemic comps growth. It's also tough to get excited about Nine West, a struggling brand that only emerged from bankruptcy earlier this year.

Stick with better-run retailers instead

Kohl's stock looks cheap, and its dividend only accounts for about half of its estimated earnings this year. However, Kohl's comps growth remains negative, its gross margin is contracting, and its turnaround efforts are weak.

Furthermore, Walmart and Target both recently posted strong quarters, which indicates that the two superstores are luring shoppers away from weaker retailers like Kohl's. Walmart and Target trade at higher multiples and offer lower yields, but I'd rather pay a premium for those two well-run retailers than bet on Kohl's questionable turnaround.