If you're looking for market-crushing returns, you've come to the right place.

If you want big growth from your investments, you have to smart small. That might sound contradictory since most small-cap stocks will never make it to the blue chip level, but small-cap stocks, generally defined as having a market cap between $300 million and $2 billion, give investors the greatest opportunity for the kind of huge, exponential returns that could truly change your life. We're talking gains of 500%, 1,000%, or even 5,000%, here. A company that's already worth hundreds of billions of dollars simply can't do that. It's already so big that even doubling in value would be remarkable.

To get a peek at some small-cap stocks with big-cap potential, keep reading to see why these three Motley Fool contributors think LendingClub (LC -3.71%), Intercept Pharmaceuticals (ICPT 1.02%), and Stitch Fix (SFIX -8.18%) could deliver for you. 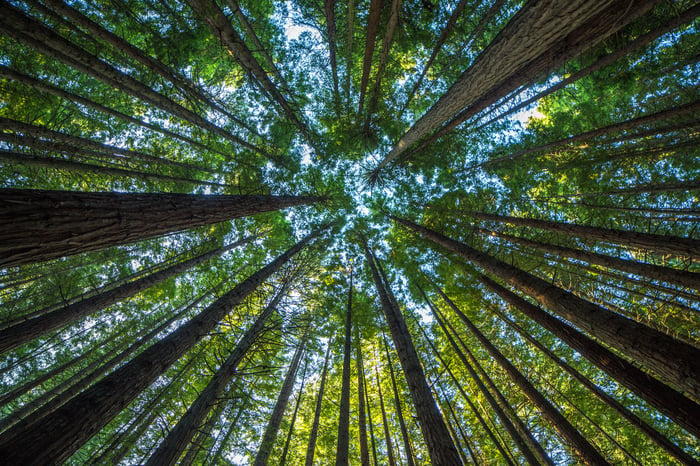 Is this fintech a bank or a software platform?

Billy Duberstein (LendingClub): That fintech firm LendingClub has just a $1.2 billion market capitalization is a bit odd, since it's actually the market leader in U.S. personal loans, with a 10.5% market share. Unlike a bank, however, LendingClub doesn't hold most loans, but sells roughly 90% to other banks, asset managers, and individual investors, collecting a fee while pawning off the credit risk.

Why could LendingClub grow into a large-cap one day? For one thing, it used to have a market cap of nearly $10 billion shortly after its 2014 initial public offering, when the company was initially valued at $5.4 billion. 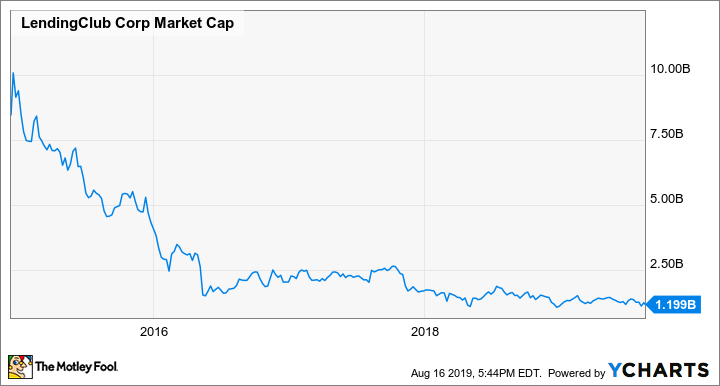 Needless to say, things haven't gone as planned. In 2016, charge-offs rose right around the time a compliance scandal emerged, leading to the resignation of founder Renaud Laplanche. In response, LendingClub slowed its growth and invested more heavily in internal controls, leading to net losses.

But there's a reason to think LendingClub can rise again. Despite intentionally slowing down growth, LendingClub still has the competitive advantage of economies of scale over its smaller peers, and it still achieved double-digit origination growth last quarter. New management has done an excellent job of innovating new products, diversifying LendingClub's investor base, and controlling costs. Management even projects the company will become profitable in the current quarter -- a first in three years. And on the recent conference call with analysts, management revealed it is now pursuing a bank charter, which could point to bigger expansion plans ahead.

At just 1.4 times book value, LendingClub seems to be valued like a bank by the market. Yet considering it mostly collects fees and bears little credit risk, the company should probably be valued more like an internet platform, which generally trades at much higher valuations.

The key to Intercept's success is going to be Ocaliva, which is currently approved to treat primary biliary cholangitis (PBC). In the company's second quarter, sales of Ocaliva rose to $65.9 million, representing year-over-year growth of 53%. On an extrapolated basis, this works out to almost $264 million in annual sales, with the increasing likelihood that PBC could be a $300 million (or more) indication for Intercept.

However, PBC is really just the icing on the cake for Intercept. The meat and potatoes revolves around Ocaliva as a treatment for nonalcoholic steatohepatitis (NASH). NASH is a liver disease that impacts between 2% and 5% of U.S. adults, and projects as the leading cause of liver transplants by sometime next decade. There's currently no Food and Drug Administration (FDA)-approved treatment for NASH, although the market opportunity has been pegged at around $35 billion.

Earlier this year, Intercept released data on its highly anticipated Regenerate trial, which examined Ocaliva as a treatment for NASH. With two co-primary endpoints, Regenerate hit one endpoint (point-based reduction in liver fibrosis), while showing positive but nonstatistical progression in the other (NASH resolution). Of course, only one co-primary endpoint was needed for the phase 3 study to be a success.

The issue has been that the high-dose (25 mg) Ocaliva group showed notably higher instances of pruritus (itching) and trial discontinuations (from pruritus) in the study. This has a lot of folks questioning Ocaliva's safety profile, as well as its effectiveness if approved by the FDA.

But here are the factors you should consider. First, the FDA already has Ocaliva's safety profile via its PBC approval, meaning safety is unlikely to be much of an issue. Secondly, there are no approved treatments for NASH, meaning Intercept could have first-mover advantage. Third, even if Intercept were to focus on a specific subset of patients where Ocaliva worked best, the opportunity could still potentially top $2 billion in NASH alone. And fourth, pretty much every other drug developer has suffered NASH setbacks or is years from bringing a product to market.

The stage is set for Ocaliva to succeed and Intercept to thrive.

Jeremy Bowman (Stitch Fix): One stock that recently slipped back below the small-cap threshold that deserves a closer look is Stitch Fix. With its online personalized styling service, Stitch Fix is disrupting the traditional apparel industry and grabbing share from longtime leaders in the market. It's also the leader in its own category, well ahead of rivals like Trunk Club, which is now owned by Nordstrom, and Bombfell.

Since its IPO in November 2017, Stitch Fix has taken investors on a roller-coaster ride, rocketing higher or lower with nearly every earnings report. Investors can't seem to decide if this stock is the next Netflix or the next Blue Apron.

Lately, that volatility has turned into a gift to growth investors as the stock has fallen to below $19 a share, hitting a seven-month low. It's down more than 40% from its peak less than two months ago, but Stitch Fix has a clear path to recouping those losses. The company will report fourth-quarter earnings on Oct. 1, and a strong round of results will almost certainly give the stock another double-digit boost. Additionally, investors could benefit from a short squeeze, as nearly a third of its float -- or the shares available for trading -- is sold short, a sign that plenty of investors are still skeptical of the customized, clothing-in-a-box model. Furthermore, Stitch Fix's recent decline is in part due to fears over a trade war with China, which has hammered nearly all of the retail sector. If the trade war eases, the stock is likely to benefit. But even if it expands, Stitch Fix could still be a winner, as legacy rivals like department stores and mall-based chains are likely to feel a much tighter squeeze than Stitch Fix, which posted 29% revenue growth in its most recent quarter. Some of its struggling competitors could be forced out of business, giving the e-commerce start-up an opportunity to scoop up market share.

Over the long term, Stitch Fix is targeting a domestic apparel market worth $342 billion and is benefiting from two strong secular tailwinds -- e-commerce and personalization. The company's recent launch in the U.K. is likely to show that its model can translate abroad. With the recent sell-off, now looks like a great opportunity to pick up shares of this long-term disruptor.