The forthcoming service will have a feature set comparable to Netflix Premium -- at less than half the price.

Just in case it wasn't clear by now, Disney (DIS -1.20%) is going for the jugular with Disney+, the House of Mouse's forthcoming video-streaming service. As more details about Disney+ come out, it's becoming obvious that the company will be offering an incredible value proposition for the $7-per-month service. That price comes down even further when factoring in annual subscriptions ($70 per year) and/or bundling ($13 per month for ESPN+, Disney+, and Hulu).

Disney hosted its biennial D23 expo over the weekend and provided even more reasons to sign up -- with some attendees already doing precisely that.

Disney has set up kiosks so people can subscribe to Disney+ while visiting the D23 Expo. People are actually lining up to fork over their credit cards. pic.twitter.com/cZxcENyrcV

Less than half the price of Netflix Premium

At an event during the expo, Disney not only announced a whole new slate of original content, but the company also shared more details about what's included in Disney+. Subscribers will have unlimited downloads on up to 10 mobile devices and 4K Ultra HD content resolution, and will be able to stream concurrently on up to four devices. Disney+ will also support Dolby Vision and Dolby Atmos. All of these features are included and come at no additional cost. 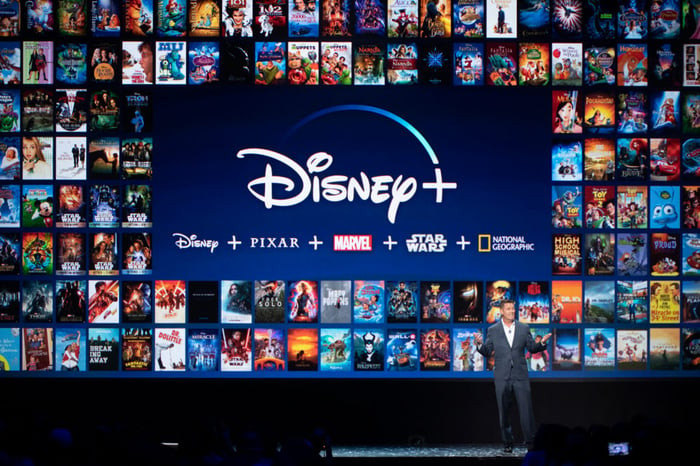 In other words, that makes the feature set more comparable to Netflix's (NFLX -0.90%) most expensive Premium plan, which costs $16 per month -- more than twice what Disney+ will cost. Even Netflix's cheapest plan will be more expensive than Disney+ while offering far fewer features.

Investment bank Needham, which rates Disney shares at hold, believes that the company will be able to poach many of Netflix's subscribers, as consumers in the U.S. "have shown a reluctance to add" more video services that add to their monthly budgets. Morgan Stanley analyst Benjamin Swinburne estimates that within five years, Disney will have over 130 million total subscribers across all of its OTT services. The entertainment giant currently has just over 30 million paid subscribers between ESPN+ and Hulu.