HP Inc. (NYSE:HPQ) managed to beat expectations when it reported its third-quarter results last week, thanks to solid growth in the PC segment and substantial share buybacks. But the printing business, responsible for the bulk of HP's profits, didn't do so well. Printing revenue was down 5.3% year over year, and segment operating margin contracted by 40 basis points.

While sales of printing hardware tumbled in the quarter, the biggest problem was weak sales of supplies. HP's printer business follows a razor-and-blade business model: The company has built a large hardware install base, and that install base drives sales of its high-margin ink and toner. This strategy has worked for a long time, but serious cracks have started to form. 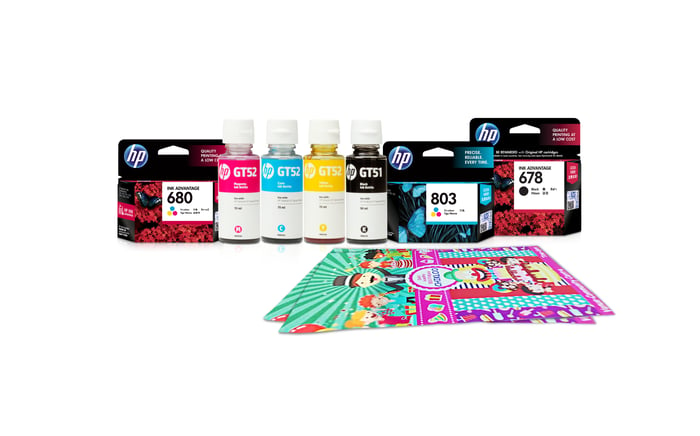 The first signs of major issues for HP's printing supplies business emerged earlier this year, when the company warned about online competition. Dion Weisler, who will step down as CEO later this year, explained in the first-quarter earnings call that aftermarket manufacturers were causing problems for HP's aftermarket share on some of its newer platforms. Sales of printing supplies dropped 3% in both the first and second quarters.

The situation deteriorated further in the third quarter. Printing supplies sales tumbled 7%, which combined with a 9% decline in printing hardware unit sales to drive total printing revenue lower. The printing business in Europe, the Middle East, and Africa (EMEA) was particularly weak thanks to channel inventory issues the company is trying to work through.

"Operationally, among other actions we have made and continue to make, improvements in our business management systems, strengthen our pricing discipline, improve our channel partnerships, and lower EMEA channel inventory levels in the Tier 1 and monitored Tier-2 ecosystem. We're also making senior leadership changes in EMEA," explained Weisler during the third-quarter earnings call.

Beyond channel inventory issues in Europe, HP is facing other problems. Enrique Lores, the new CEO of HP effective Nov. 1, talked about competition during the earnings call: "During the last years, we have created a very attractive profit pool of supplies that now has attracted many other companies to try to attack it and capture a portion of it without having to have a significant investment that are necessary to create a hardware installed base. And because of that, we see an erosion of the overall profit pool that according to our model means a reduction in share and a reduction in price."

Third-party ink cartridges compatible with HP printers are widely available online for prices that undercut HP by a substantial margin. One the consumer side, services like Costco's ink refill service also handily beats HP on price.

In addition to intensifying competition, HP is dealing with yet another issue. "On top of that, during the last quarter, we have seen a slowdown in the economy -- we have seen an economic slowdown. And this is also having an impact, especially in the consumer side," explained Lores.

Earnings growth will be tough to maintain

HP grew its per-share adjusted earnings in the third quarter despite the poor performance from the printing segment, but it will be difficult to keep the bottom line moving higher given the fundamental issues facing the printing supplies business.

HP was able to offset slumping printing sales and profits in the third quarter with growth in its PC business, but that growth was driven entirely by the commercial side, which is benefiting from the end of life of Windows 7. HP's commercial PC revenue was up 10% in the quarter, but consumer PC revenue tumbled 11%.

Microsoft is set to end all support for Windows 7 in January, which is prompting commercial customers to upgrade to Windows 10 PCs. When this upgrade cycle ends, HP's PC business will almost certainly come under pressure. In other words, it will no longer be able to offset a deteriorating printing business. And growth areas like 3D printing likely aren't big enough to pick up the slack.

With margins in the printing business trending lower, and with the recent strength in the PC business unlikely to last, HP's earnings growth doesn't look sustainable.