While many were focused on the dramatic sell-off in last week's market, one of the big winners was Danish jewelry company Pandora A/S (OTC: PANDY), whose stock rose a whopping 34% after the company reported earnings last Tuesday.

This may seem like a bit of a head-scratcher, since the results would be viewed as horrible for just about any other retailer. The company posted an ugly 10% decline in same-store-sales, along with an additional 2% decline in sales to distributors and other points of sale outside Pandora stores. The company only managed to eke out a better decline of 3% in overall revenue because of new store openings and the acquisition of some franchisees. Earnings per share declined an even scarier 44%, though it only would have been a 15% loss without one-time restructuring costs.

So, why all the excitement? Part of it was due to Pandora's incredibly low valuation, which was pricing in such results, and probably even worse. Even after the stock's 34% surge and 44% EPS decline, Pandora still currently trades at a PE of just 7.6.

Another possibility is that this was Pandora's first operational quarter under its new CEO, Andrew Lacik, who took over on April 23 and has renewed hopes of a turnaround. And despite the terrible-looking results, there were a few glimmers of hope in the quarter regarding his plan. 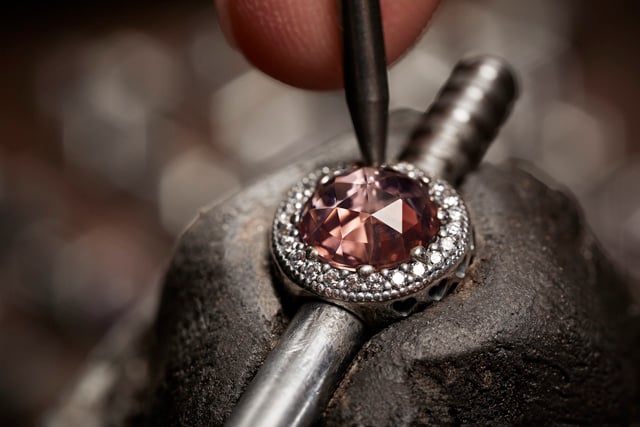 All according to plan

While revenue declines are never good to see, they were in fact expected. The turnaround's first step includes buying back and rationalizing slow-moving inventory, dialing back the rampant discounts the company had been using in recent years to juice sales, and limiting some marketing expenses until the company's brand relaunch, which will happen on Aug. 29 in Los Angeles. As such, the company expected sales to decline in 2019, especially in the first half.

Although sales were down, the company's margin and cash flow metrics were better than expected. Gross margin came in at 76.1%, the highest in the company's history, and operating margin excluding restructuring costs came in at 22.9%, incrementally better than the first quarter. And despite the decrease in earnings per share, Pandora's free cash flow increased 23.4% from the year-ago quarter. However, much of that came from lowering the overall working capital level at the company, a feat unlikely to repeat after the 2019 "reset."

Nevertheless, stable margins and healthy cash generation are important to companies going through a downturn or transition, so this was positive to see.

Experiments seem to be working

Another positive was some early marketing experiments management ran in the quarter in the UK and Italy, which improved same-store sales by 5 and 12 percentage points, respectively, achieving about two times the return on ad spend. Management was so pleased with the results that it will be ramping up additional ad spending in the second half of the year.

The increased spending will coincide with the Pandora brand relaunch, which includes a new concept store design, an updated Pandora logo, updated e-commerce sites, co-marketing with six global influencers, and the new Autumn collection, which will also feature charms from Harry Potter and Frozen 2.

Management seemed to exhibit a lot of confidence in the new marketing initiatives and reiterated the guidance for the full year, which would entail a much better sequential improvement in the second half. Same-store sales for the full year are supposed to be in the negative high single-digits. Since the first half of the year had comparable sales down 10%, that means the second half should see a big improvement. Operating margin is also supposed to be 26%-28% for the full year, excluding restructuring costs, which would also mean significant improvement in the back half.

While Pandora's stock got a big boost from the earnings release, it also received an additional boost the day after earnings, when it was revealed that Lacik purchased 12.3 million Danish kroner ($1.83 million) worth of stock and CFO Anders Boyer purchased 6 million Danish kroner (around $900,000) of stock.  Those big buys certainly show confidence in the current plan and trajectory of the business.

However, Pandora A/S is still showing an overall revenue decline, so it remains a high-risk stock, especially since it's a physical retailer, battling general industry headwinds. Nevertheless, with a very low valuation, a dividend yield of nearly 6%, and management's buybacks of a fair amount of stock, value investors looking to take a gamble on a new CEO and turnaround story may want to give Pandora A/S a look.