Facebook (FB 0.27%) has faced no shortage of controversies of the past few years. The Cambridge Analytica scandal first put the company under the microscope in March 2018, but it hasn't been the only problem the company has had to deal with. The proliferation of fake news on the platform and other serious privacy issues have rightly upset many users, with some pledging to leave the social media site once and for all, while urging others to do the same.

Despite the outrage, there hasn't been a noticeable drop in the number of daily or monthly active users on the social media site:

What's evident is that if users have boycotted by stopping their use of the site, they haven't made as much an impact as they may have hoped. In two years, the number of daily active users has risen by 20% while monthly users have also seen a similar increase. Another reason why there may not have been as big of an effect on the number of active users is that in Canada and the U.S., where most outraged users are, the segment is the smallest when it comes to total users. It's the Asian market that has a much stronger representation, and the growth rate there over the same period of time has been more than 30%. 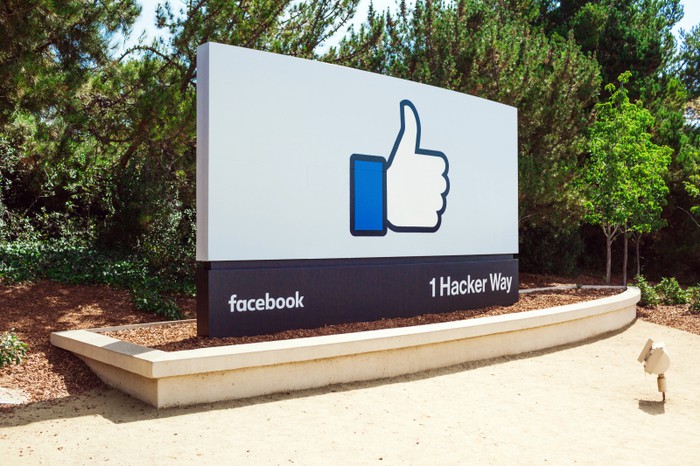 Another possible reason there likely hasn't been a noticeable decline in the number of users: There aren't any real alternatives. As much as people may be horrified by Facebook's policies or data practices, there aren't many viable alternatives besides maybe Snap (SNAP -4.99%) or Twitter (TWTR -1.91%), but even those would be a stretch. While the sites offer ways for individuals to connect, they aren't as comprehensive. Twitter focuses on status updates and commentary while Snap is mostly a photo and video app. Further, Facebook users have likely spent years building up relationships on the site, joining and participating in Facebook groups, and in general, users have tons of their personal history on the website including photos, videos, and friends.

Investors haven't been scared off

In March 2018 when the scandal first broke, there was a bit of a sell-off but the stock quickly recovered. It wouldn't be until the next quarterly earnings report that the stock would significantly decline, as a result of concerns that growth may finally be slowing down for the tech giant. However, the stock managed to recover from that crash as well: 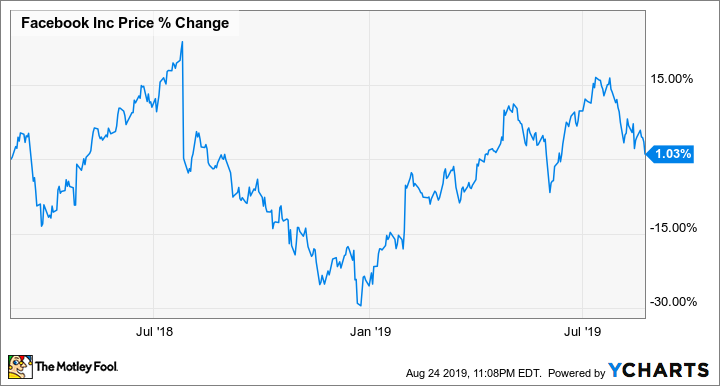 From March 2018 until now, the stock is right around where it started. Ultimately, Facebook's business model wasn't adversely affected as a result of the scandal, and that's really what matters to investors in the end. There will be added costs that will impact the company going forward, such as more controls and more reviews required by staff, which will add to the company's headcount, but over the long term, the business will be able to recover if it's able to avoid further breaches from happening.

After all, if a $5 billion fine issued by the FTC is not enough to scare off investors, that's a testament to how strong the brand is and why it's likely to persevere. A much bigger threat the company may come if lawmakers try to break it and other big tech companies up, which could lead to Facebook losing WhatsApp and Instagram, and that could certainly cut into its userbase and growth potential, as well as impact how it makes money.

Ads drive the company's revenues, with 98% of Facebook's top line coming from that area of its business. That number has grown by 28% in one year and still remains strong even amid concerns around data protection, suggesting that advertisers haven't shunned the service. While a greater focus on data protection might put a dent in the company's bottom line, its revenues will likely continue to grow if it can prove to users it has cleaned up its act. Even in the worst-case scenario where the company is broken up, there's still the possibility that Facebook could charge a nominal fee to its userbase, many of whom use Facebook on a daily basis and likely wouldn't be able to justify getting rid of it, even if it turned into a subscription service.

Why the stock is still a great buy today

Facebook is still growing, and as long as it is, it will be a highly coveted stock. One of the most visited sites on the Internet, Facebook offers immense value for investors. With so many eyeballs on the social media site at any given time, it will continue to draw dollars from advertisers and that's not going to change anytime soon as it's still an easy way to reach many people.

Privacy issues are becoming a bigger concern for consumers today, but there's still time for Facebook to clean up its act. If financial institutions can recover from serious data breaches that hit the core of their businesses, then there's little reason to doubt that Facebook can do the same, especially if it's directing more of its resources toward safeguarding data and protecting users' privacy.