Please ensure Javascript is enabled for purposes of website accessibility
Log In Help Join The Motley Fool
Free Article Join Over 1 Million Premium Members And Get More In-Depth Stock Guidance and Research
By Danny Vena – Aug 27, 2019 at 11:05AM

The House of Mouse provides a look at its upcoming streaming service.

Fans of Disney (DIS -0.75%) got a preview of the company's soon-to-launch streaming offering Disney+ at D23, its expo and fan convention in Anaheim, California. Disney had previously announced that its branded over-the-top service would cost $6.99 per month or $69.99 per year, but hadn't provided further details.

At D23, Disney said that the subscription price would cover up to four simultaneous streams, 4K video, ultra high definition (UHD), and high dynamic range (HDR) picture quality when available, and up to seven different user profiles, all at no extra cost. To put this into context, the comparable service from streaming leader Netflix (NFLX 1.39%) is the premium plan, which offers similar features for $15.99 a month.

This is just one of the ways Disney+ is positioning itself as an immediate contender in the streaming wars, and the company's investors have reason to be excited. 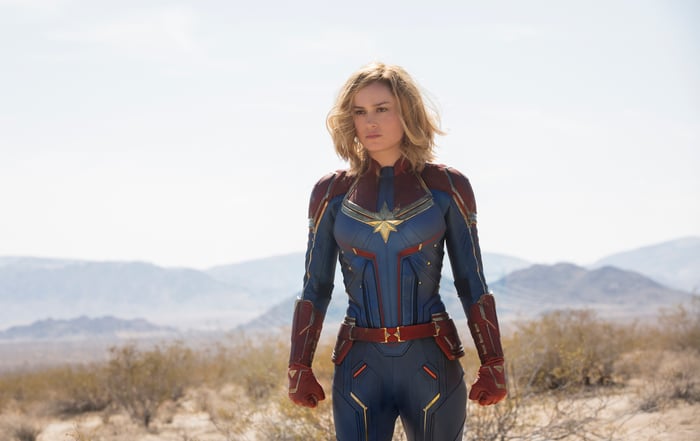 Captain Marvel will be available on Disney+ when it launches on Nov. 12. Image source: Disney.

Disney also revealed that new episodes of its original series would debut weekly on the service, rather than releasing the entire season all at once, a hallmark of the services offered by Netflix and Amazon.com's (AMZN -0.54%) Prime Video. Hulu, the other streaming leader controlled by Disney, will sometimes offer full seasons of a show, while other programs will only offer several of the most recent episodes, which the service calls "rolling availability."

Another notable difference is that Disney will be on the lookout for password sharing, though the company has not yet said what measures it will take to ensure compliance.

"We recognize that it's a product for the entire family, and we want the entire family to be able to use the product simultaneously," said Michael Paull, the president of Disney streaming services. "In my mind, whether it's in the household or not, I want everyone in the household to be able to use the service at the same time. I want them to really get value."

Disney also announced three additional Marvel shows that will be available. She-Hulk, Ms. Marvel, and Moon Knight will each be debuting on the streaming service, but the company offered little in the way of details.

In the comics, Hulk's alter ego, Bruce Banner, gives a blood transfusion to his injured cousin, Jennifer Walters, after a shooting. The gamma radiation from his blood transforms her into She-Hulk, though in many ways she is much less afflicted than Banner. 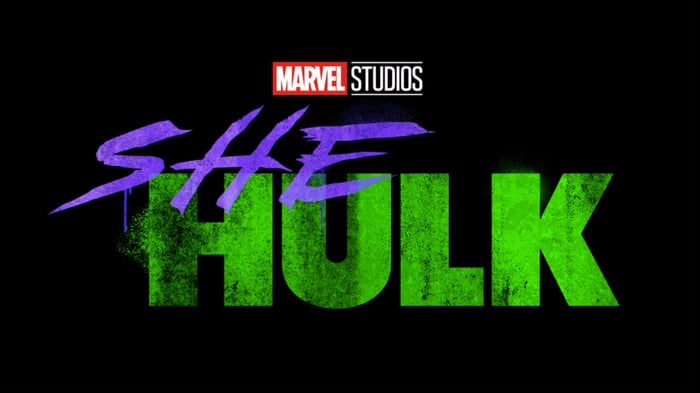 Ms. Marvel is Kamala Khan, a 16-year-old Pakistani-American who received her power from alien technology and can alter her size, shape, and complete appearance at will. In the comic books, Ms. Marvel fights crime on the streets of Jersey City, New Jersey.

Moon Knight follows the adventures of Marc Spector, a former boxer and U.S. Marine turned international mercenary. On the verge of death, Spector is given a second chance and imbued by an ancient god with heightened strength and toughness, and becomes vigilante crime fighter Moon Knight.

Other notable entries (though not from Marvel) include a Lizzie McGuire sequel with original star Hilary Duff, a short-form series Muppets Now, and Ewan McGregor reprising his role as Obi-Wan Kenobi in a Star Wars series.

Disney recently shared some of the plans for its international rollout, as well as disclosing that Disney+ would be available for streaming via Apple devices, Android products from Alphabet's Google, Microsoft's Xbox, Sony TVs and the PlayStation 4 gaming console, and all Roku streaming players and Roku TVs.

One of the most notable absences from the list were the popular Fire TV streaming products, but Paull said Disney expects to "expand that list between now and launch."

With a growing list of original content, a massive library of movies and television series, and new blockbusters hitting the multiplex seemingly every month, Disney has an unsurpassed catalog.

With all that going for it, and a $6.99 monthly price, it will be hard to bet against Disney+ becoming an immediate contender in the ongoing battle for the living room.