The cannabis company delivered tremendous growth thanks in large part to its acquisition of MPX.

Roller-coaster rides come with the territory when you invest in marijuana stocks. And a roller-coaster ride is exactly what iAnthus Capital Holdings (ITHUF -17.68%) has taken investors on so far this year. The cannabis stock soared nearly 50% earlier this year but is now down close to 40% year to date.

Quarterly updates give companies a chance to tell a new story and, hopefully, make investors happy. iAnthus reported its second-quarter results after the market closed on Monday. But while there was some good news, it probably wasn't enough to send the stock on a big upswing. Here are the highlights from iAnthus' Q2 update. 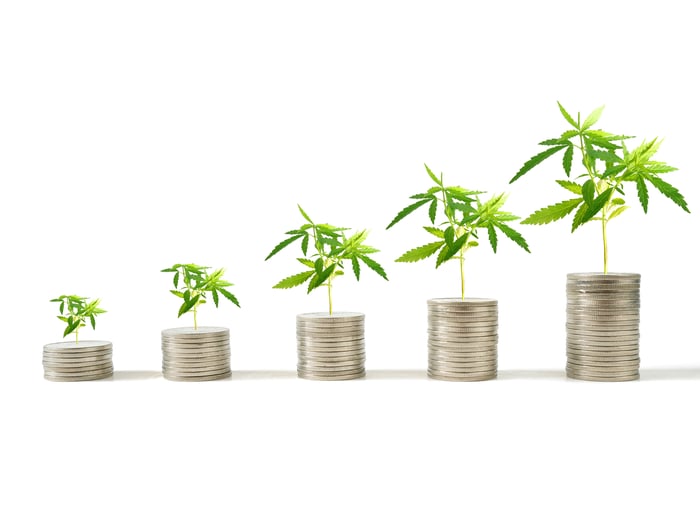 iAnthus reported second-quarter revenue of $19.2 million, up a whopping 7,400% year over year and 35% quarter over quarter. Analysts had estimated that the company's revenue for the quarter would come in at $2.78 million.

iAnthus announced an adjusted earnings before interest, taxes, depreciation, and amortization (EBITDA) loss in the second quarter of $4.7 million. The company ended the second quarter with cash and cash equivalents of $30.5 million.

There was one big reason behind the impressive revenue growth for iAnthus: the acquisition of MPX. iAnthus CEO Hadley Ford said that the integration of MPX with iAnthus is completed and "the team effort is beginning to show in our results."

But iAnthus also generated strong organic growth. The company opened five new locations in Florida. Its wholesale penetration in Maryland increased from 56% at the end of the previous quarter to 73% at the end of Q2.

Two of the biggest achievements for iAnthus in the second quarter didn't directly relate to its Q2 financial results. The company closed on its acquisition of CBD For Life in June. CBD For Life products are distributed in more than 1,100 retail locations across 46 states. iAnthus also announced a new loan financing with Torian Capital to raise up to $50 million.

There's a lot for investors to look forward to with iAnthus. The company plans to launch its "Be." flagship store in Brooklyn this fall. That opening will be followed by a wave of conversions of dispensaries to the "Be." brand in the fourth quarter, with other stores to be rebranded in the first half of next year.

iAnthus also plans to launch new CBD For Life products in the fourth quarter. It hopes to open new dispensaries in Florida, with the goal of having 17 dispensaries in the state by the end of January 2020. The company also should have its Worcester, Massachusetts, recreational adult-use retail location open in the fourth quarter, pending final approval from state regulators.