I'm not one to bash CNBC Mad Money host Jim Cramer. He's entertaining. He's made some really great calls through the years, notably including his FANG stocks. I thoroughly enjoyed reading Cramer's autobiography, Confessions of a Street Addict, several years ago.

But I think that Jim Cramer's negative take on Pfizer (NYSE:PFE) last week was flat-out wrong. In response to a caller on his show, Cramer stated that Pfizer was "disappointing" and that he would "let it go." Here's what Cramer is missing about Pfizer. 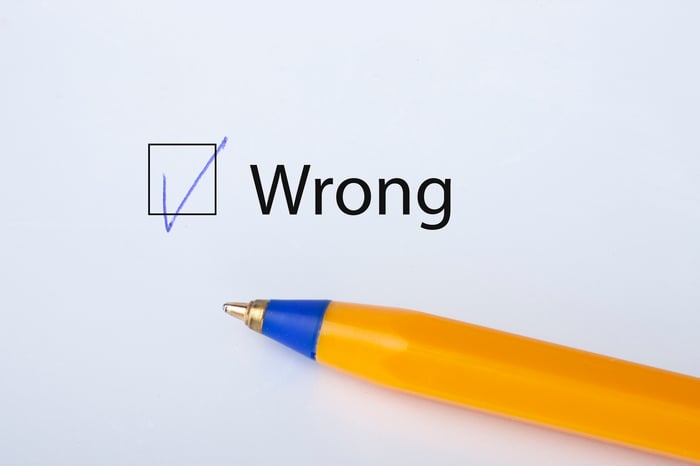 What I found particularly puzzling was Cramer's comment that Pfizer doesn't "have the pipeline that I'd like them to have." Contrast that remark with Pfizer CEO Albert Bourla's statement in the company's quarterly conference call in January that Pfizer had "what we believe is the best pipeline in our history."

Let's look at the facts instead of the two men's opinions. Pfizer's pipeline includes 101 programs in clinical development. Nine of these are currently awaiting regulatory approval. Twenty-three are in late-stage clinical studies. In terms of sheer numbers, you're not going to find many drugmakers with a bigger pipeline than Pfizer's. Granted, quantity doesn't necessarily translate to quality. However, the quality of Pfizer's pipeline looks pretty good to me.

Vyndaqel should be a huge winner in treating rare genetic disease transthyretin familial amyloid polyneuropathy. I think Pfizer's 20-valent pneumococcal conjugate vaccine PF-06482077 that's in late-stage testing should be a tremendous successor to the company's current megablockbuster Prevnar 13. Pfizer should be in great shape to pick up additional indications for its super-successful breast cancer drug Ibrance and prostate cancer drug Xtandi as well.

Cramer said that he preferred two other drug stocks above Pfizer -- Merck (NYSE:MRK) and AbbVie (NYSE:ABBV). I understand why he likes these two stocks, but the picks also raise more questions about his negative take on Pfizer.

In particular, I think that Merck's pipeline is weaker than Pfizer's. Merck has a grand total of six drugs in late-stage development. One of them, vericiguat, wasn't impressive in phase 2 studies for treating heart failure. Most of Merck's pipeline prospects rely on winning additional approvals for existing drugs Keytruda, Lenvima, and Lynparza.

I agree with Cramer that beaten-down AbbVie is a better pick than many investors think. However, AbbVie's biggest challenges for its top-selling drug, Humira, won't come until 2023, when biosimilars hit the U.S. market. Pfizer, meanwhile, should move past the headwinds from generic competition for Lyrica sooner than expected thanks to the planned merger of its Upjohn business unit with Mylan.

My view is that AbbVie's pipeline is also now arguably weaker than Pfizer's. AbbVie won FDA approval earlier this year for Skyrizi in treating psoriasis and more recently for Rinvoq in treating rheumatoid arthritis. Rinvoq is the company's most important immunology win since Humira. But while both Skyrizi and Rinvoq are being evaluated in clinical trials for other indications, AbbVie has already picked up the biggest approvals that it wanted, leaving its pipeline less impressive now.

Probably my biggest knock against Jim Cramer's negative comments about Pfizer last week is that they contradict what he said barely over one month ago. On July 23, Cramer said the following about Pfizer: "I think that that's just the kind of slow-and-steady-wins-the-race stock. I think everyone should have a 'Pfizer' in their portfolio."

Have there been developments for Pfizer that were so bad that Cramer's change in opinion is warranted? Not in my view.

Pfizer did narrowly miss the consensus analysts' revenue estimate in its second-quarter results, but it easily beat Wall Street's Q2 earnings estimate. The company announced the Mylan-Upjohn deal, which I think is a positive move. It completed its acquisition of Array BioPharma and its consumer healthcare joint venture with GlaxoSmithKline, but both of these transaction closes were expected. And, again, I think they were positives for Pfizer.

Jim Cramer was exactly right -- last month but not last week. Pfizer is a "slow-and-steady-wins-the-race stock." Slow and steady is often the best approach to investing in pharmaceutical stocks.