Please ensure Javascript is enabled for purposes of website accessibility
Log In Help Join The Motley Fool
Free Article Join Over 1 Million Premium Members And Get More In-Depth Stock Guidance and Research
By Daniel B. Kline – Updated Aug 29, 2019 at 12:49PM

Many regret not taking care of an important need for themselves.

Raising a child costs money. Kids need to eat, wear clothes, have a roof over their heads, and potentially go to college. Exactly how much a parent will spend depends on a lot of circumstances, but even just meeting minimum needs gets expensive. You can, of course, be frugal and make financially sound decisions (like using washable cloth diapers instead of disposable ones), but those choices only keep costs under control -- they don't eliminate them.

Most parents only have a certain amount of money to spend, and they have to make choices about where their dollars go. That can lead to mistakes and regrets. In fact, every parent makes mistakes -- investing in Zhu Zhu pets or the Baby Alive Potty Dance Baby Doll may not have been sound fiscal choices -- but a new study from MassMutual shows that certain regrets are especially common. 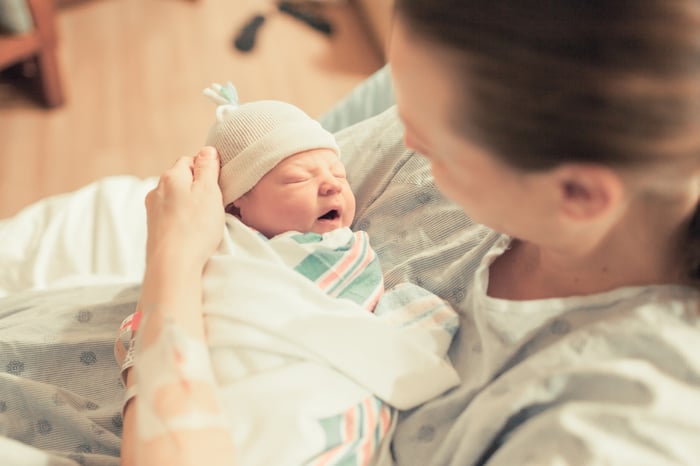 Parenting involves a series of financial choices, which can lead to regrets. Image source: Getty Images.

The majority of parents (60%) regret spending too much money on stuff rather than investing in experiences for their children. A similar amount (58%) said they regret not starting a college savings account and/or just not saving enough in general. Those savings regrets don't just apply to putting money aside for their kids, either, as 53% regret not saving enough for their own retirement.

"Both mothers and fathers express regret when it comes to their finances," according to a statement from MassMutual emailed to The Motley Fool. "59% of mothers and 62% of fathers regret spending too much money on stuff versus experiences, and about half of mothers and fathers (55% and 51%, respectively) regret not saving enough for their own retirement."

As a parent, it's easy to fall into spending traps. When your child wants something -- whether it be a toy, a video game, or the latest trendy outfit -- it's easy to give in at the expense of longer-term goals. Avoiding that requires discipline and setting a budget.

That's somewhat easier when you have younger children who can't fully express themselves. As your kids get older, it's important to be transparent about finances with them. Work with them to set budgets so they understand the total pool of money available and have a say in how it's spent.

Children, of course, tend not to understand long-term consequences. They will generally opt for what they want now versus saving for a longer-term goal. As a parent, it's your responsibility to keep those longer-term goals on track. Your child can have a role in how discretionary dollars are spent (if you buy those sneakers you want, their won't be money for the video game you also want), but parents should make the tougher choices and stick with them. That's not always easy -- and it can lead to crying and pleading -- but as a parent, it's your job to make the best choices for your child (and yourself).