McDonald's (NYSE:MCD) has big news for its consumers. It's broadening its restaurant delivery service reach across the country with food delivery company DoorDash. In a recent statement, Chicago-based McDonald's stated that all 50 states and more than 10,000 stores will partner with San Francisco-based DoorDash to deliver all menu items nationwide. This deployment across the U.S. comes following a successful test period at 200 McDonald's restaurants in Houston, TX.

What McDonald's is saying

"At McDonald's, we're always working to enhance our customer's experience and offer new levels of convenience for our customers to get their favorite McDonald's menu items whenever and wherever they want by dining in our newly modernized restaurants, on-the-go through mobile order and pay, the drive-thru, or McDelivery. Since we launched McDelivery in the U.S. in 2017, we have seen customers respond well to the convenience and are excited for our customers to have the choice to use DoorDash, which is available in all 50 states and reaches 80 percent of Americans," said Bill Garrett, McDonald's senior vice president of operations. 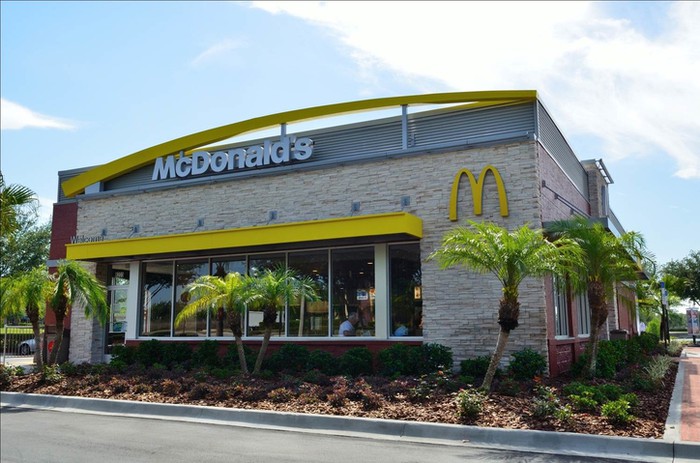 In July, DoorDash and McDonald's agreed on a delivery deal which led to the Houston experiment. Prior to joining forces with DoorDash, McDonald's had an exclusive delivery agreement deal with Uber Eats. That partnership ended due to frustration from McDonald's franchisees who were not happy with the financial agreements of the deal.

According to Nation's Restaurant News, in a survey of 800 members who belong to McDonald's National Owner's Association," an overwhelming majority said they were not 'satisfied with the economics' and were in favor of McDonald's negotiating a better 'commission split' with third-party providers." McDonald's expects the food delivery industry to be a $4 billion business for its restaurants this year.

McDonald's will also be available for those who subscribe to DoorDash's DashPass subscription program. This program offers subscribers free delivery on orders of $12 or more. DashPass is one of the fastest-growing subscription services in the country, set to soon pass 1 million subscribers. DoorDash is a private company.

For investors, this delivery deal with DoorDash is better than finding a few extra McNuggets in your bag and the McFlurry machine working. McDonald's global average unit volume and cash on cash returns for new restaurants exceed most quick-service restaurant (QSR) chains. Throw in a dividend yield of more than 2% and a buyback plan for $22 billion to $24 billion from 2017 to 2019, and it's easy to see what makes the golden arches such an appealing stock to own.

Sure, McDonald's carries some risks. Commodity price swings, wage inflation, foreign currency volatility, and the risk of foodborne illnesses can all affect quarter-to-quarter results, but McDonald's hasn't had to worry much as its stock is up more than 36% year to date and more than 132% over the past five years.

Rather than resting on its laurels, McDonald's is staying ahead of the game. In the spring, it announced it would buy an Israeli-based company for $300 million to implement digital touchscreen ordering menu boards in more of its restaurants and mobile order and pay options with a brand new curbside check-in option.

McDonald's is investing in its employees' welfare as well.

Starting in October, all 850,000 of its employees will undergo harassment training. The company said that 95% of its restaurant general managers and franchisees have already completed the training, which will now be implemented with rank and file workers. When it comes to establishing an all-around successful brand, McDonald's is doing just that. Investors who buy McDonald's stock today will reap the rewards of its dividends and steady growth while enjoying the future of food delivery.