That doesn't give investors a lot of confidence in the numbers they're looking at.

Maker of high-end home fitness gear Peloton dropped its S-1 Registration Statement earlier this week. There are plenty of yellow and red flags in the filing, such as insiders wielding supervoting Class B shares that are entitled to 20 votes per share, or the fact that CEO John Foley's wife, Jill Foley, serves as vice president of Boutique (Peloton also has an apparel business that represents less than 2% of revenue) and gets paid an annual salary of nearly $200,000.

However, the most stunning red flag is an admission that Peloton's financial reporting controls aren't quite up to snuff. 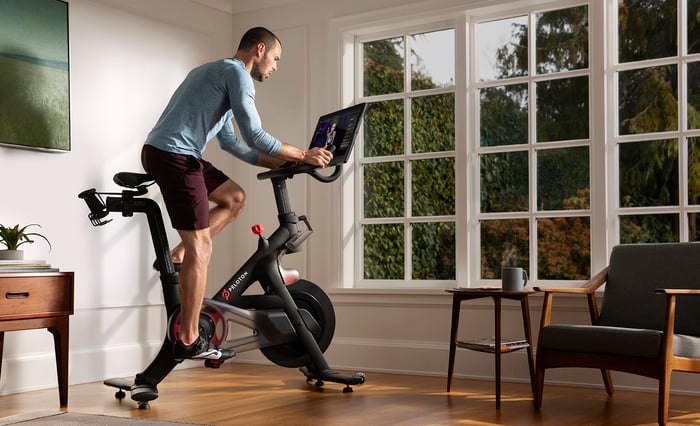 Peloton is hiring aggressively to fix its "material weaknesses"

This isn't the first time a company preparing to go public has issued such a warning, but it doesn't provide investors with a lot of confidence in the numbers they're perusing. For instance, enterprise software maker BlackLine similarly said it had "identified material weaknesses in our internal control over financial reporting" in 2015 ahead of its 2016 IPO. There are other examples.

For Peloton -- which is very much a growth stock, with revenue more than doubling to $915 million last fiscal year -- its material weaknesses relate to "information technology general controls, controls to address segregation of certain accounting duties, timely reconciliation and analysis of certain key accounts and the review of journal entries." The company concedes that it simply did not have the appropriate business processes and personnel, in part because it has been a private company up until now and reporting requirements for public companies are far more stringent.

The company plans to hire the necessary talent to fix the problem:

Peloton's independent accounting firm isn't required to sign off on the company's internal controls until it is no longer considered an "emerging growth company" under the JOBS Act. That could happen fairly soon, as one of the thresholds for that definition is $1.07 billion in annual gross revenue. If Peloton surpasses that level, it will no longer be classified as an "emerging growth company." At that point, the accounting firm "may issue a report that is adverse in the event it is not satisfied with the level at which our internal control over financial reporting is documented, designed, or operating."

The company concludes, "Ineffective disclosure controls and procedures and internal control over financial reporting could also cause investors to lose confidence in our reported financial and other information, which would likely have a negative effect on the trading price of our Class A common stock."