Please ensure Javascript is enabled for purposes of website accessibility
Log In Help Join The Motley Fool
Free Article Join Over 1 Million Premium Members And Get More In-Depth Stock Guidance and Research
By Rick Munarriz – Aug 31, 2019 at 9:15AM

Shares of the media giant moved lower this month, but Disney still had some big wins at its theme parks and for its upcoming streaming platform.

Disney (DIS -3.20%) investors looking back on August aren't going to initially give the media giant a passing grade. The shares surrendered more than 3% of their value for the month. Between a poorly received quarterly report, failing in negotiations to keep the current iteration of Spider-Man in the Marvel Cinematic Universe, a former accountant who turned whistleblower taking jabs at the revenue-recognition practices for scoring its theme-parks division, and now a massive windstorm barreling down on Florida as Disney World tries to salvage the historically potent Labor Day holiday weekend, there was no shortage of distractions.

The Disney bears may have won the month when it comes to the stock chart, but don't sell the House of Mouse short. Disney is still beating the market, even if it wasn't one of the market's top stocks this month.

Disney got a few things right in August. Let's break them down. 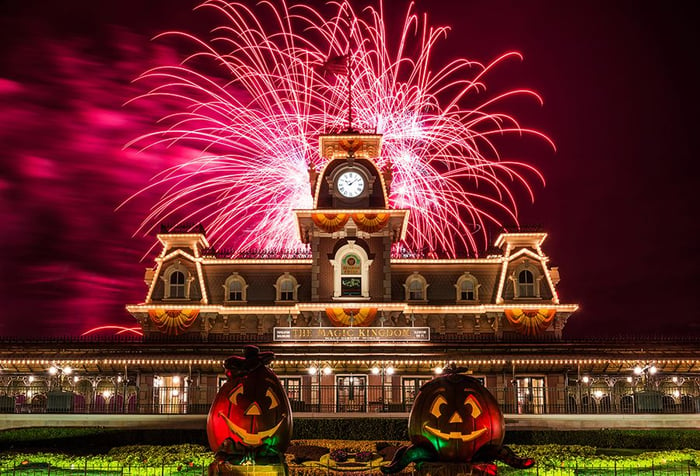 Thursday's debut of Star Wars: Galaxy's Edge at Disney's Hollywood Studios in Florida checked off all the boxes of success that were missing from the world's leading theme-park operator's debut of an identical 14-acre expansion at Disneyland in California three months earlier. There were mobs of people there at the break of dawn, circling in lines extending through the park to get a glimpse at the Star Wars-themed update.

The queue for the land's lone attraction was as long as five hours at one point, a far cry from the scene at Disneyland in the springtime. Long lines are not fun from the consumer perspective -- and Disneyland had deliberately restricted access to those grabbing a limited number of reservations through the first weeks of California's debut -- but orchestrating an opening-day frenzy was just what Disney needed to silence the naysayers.

Disney's D23 fan expo in Anaheim didn't generate the same kind of buzz that the media behemoth cooked up two years earlier, but it found a clever way to get people to sign up for its Disney+ streaming service nearly three months before its Nov. 12 launch. Disney offered expo attendees the ability to prepay for two years of service to get the third year free.

Disney then made it available to all members of D23, a Disney fan club that has premium-priced tiers but also a general no-cost membership. This move triggered various blogs and news sites to promote the workaround to the discounted Disney+ subscription, as it was a free sign-up through the end of the Labor Day holiday weekend. This is brilliant on two different levels. Obviously, launching with a big number of subscribers is a great way to make an impact, but we also now have a lot of people signed up for D23's marketing missives.

Mickey's Not-So-Scary Halloween Party is a separately ticketed event at Disney World's Magic Kingdom, taking place on select nights after an early close. The party's success has inspired Disney to start offering the candy and costumed character fete sooner and sooner with every passing year -- and that pushed the party's 2019 launch to mid-August.

Offering a $299 ticket for access to all but one of the three dozen nights is a risky gamble, but the move to push the start earlier in the summer is smart. Most people may cringe at a Halloween-themed event on a hot summer evening in August, but if folks keep showing up, it's hard to blame Disney. It's a bonus that this is historically when the peak summer travel season ends, giving Disney a way to crank out incremental revenue during a seasonal lull.