Shopping has changed considerably since the late 1990s, when online marketplaces first started luring shoppers away from brick-and-mortar stores. Mobile apps succeeded traditional websites, and retailers that didn't roll with the punches were left behind.

The online shopping market is still evolving, and many retailers are already experimenting with next-generation technology platforms like smart speakers, subscription services, and even augmented reality (AR) and virtual reality (VR) shopping apps.

AR/VR shopping sounds futuristic, but a recent GfK survey found that 68% of respondents recognized the technology and 5% regularly shop through AR/VR apps. However, that adoption rate remains lower than smart speakers or subscription services. 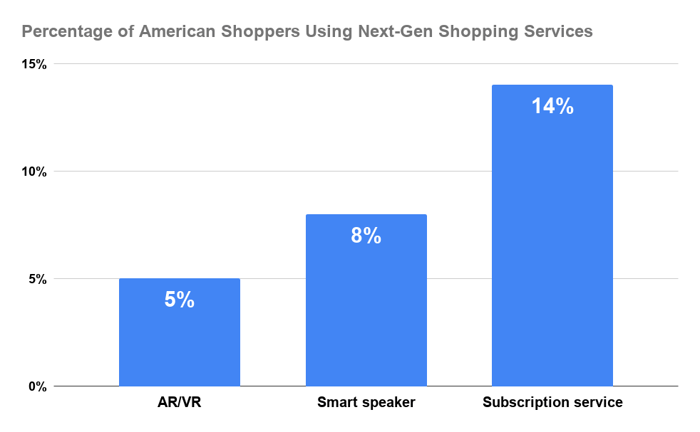 Amazon and Walmart are even developing VR shopping experiences, but it's unclear when those apps will arrive. This market remains a niche one, but better smartphone cameras, cheaper VR headsets, and lighter AR glasses could all drive its long-term growth.