Shares of Grupo Financiero Galicia (NASDAQ:GGAL), by some measures the largest financial institution in Argentina, got a bit smaller today -- and investors probably have that country's president to thank for it.

Grupo Financiero Galicia stock dropped 10.1% in early trading Tuesday and remain down 9.6% as of 3:33 p.m. EDT after Argentine President Mauricio Macri's administration shocked stock markets with an announcement of "a series of extraordinary measures to ensure the normal functioning of the economy, to sustain the level of activity and employment and protect the consumers." 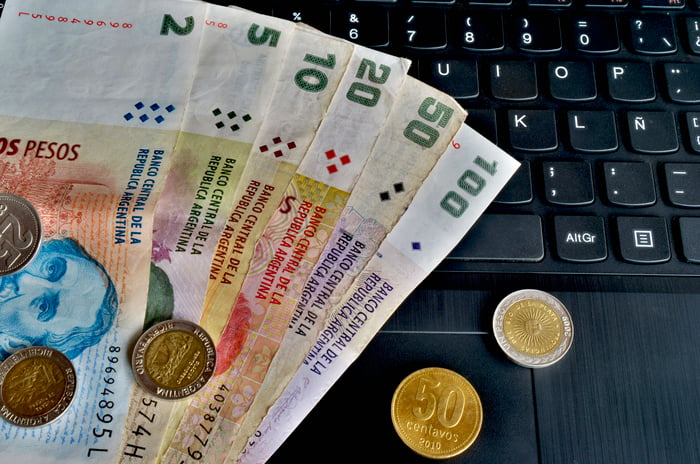 These measures are intended to make it harder to bet against the Argentine peso, stem the outflow of foreign currency, husband the central bank's own foreign currency reserves, and thus shore up the local currency's strength.

They're also, in all likelihood, intended to help improve President Mauricio Macri's chances of winning reelection in October. But as the economy deteriorates and the president shows signs of panic by reversing policies he was elected to implement four years ago, these measures increasingly resemble grasping at straws.

Worse, the relatively high threshold on the new currency controls -- $10,000 is more than the average Argentine earns in a year -- could perversely encourage more buying of foreign currency and more selling of the peso and thus weaken the local currency these measures were implemented to support.