Turn out the lights. The party's over for Rova-T.

AbbVie (NYSE:ABBV) announced last week that it's completely throwing in the towel on the experimental lung cancer drug after another failure in a late-stage clinical study. The news wasn't a surprise, though: Rova-T was already seen as a lost cause by most observers following the drug's flops last year.

When AbbVie acquired Stemcentrx in 2016 for $5.8 billion to get Rova-T, the company's executives were enthusiastic about the potential for the drug to become a huge blockbuster. But AbbVie wrote off $4 billion of that investment earlier this year and now will have to record another significant impairment charge. There are three important lessons to be learned from AbbVie's big blunder with Rova-T. 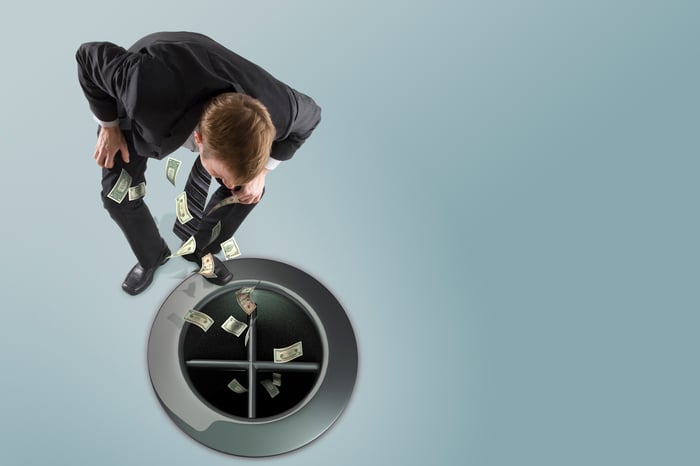 1. Acquisitions outside a company's core focus are especially iffy

If AbbVie were to scoop up a small biotech focused on immunology drugs, no one would bat an eye. After all, AbbVie arguably claims the most expertise of any drugmaker when it comes to immunology drugs with its enormously successful track record with Humira.

But anytime a drugmaker looks to buy a smaller company outside of its core competency, the prospects of success are especially iffy. Granted, AbbVie has achieved significant success with Imbruvica, the blood cancer drug picked up with its 2015 acquisition of Pharmacyclics. However, in that case, the company had built some level of expertise through its development of another blood cancer drug, Venclexta.

AbbVie didn't have an impressive track record with solid tumors, though, when it acquired Stemcentrx. The deal definitely reflected a big leap for AbbVie and was one the company appears in hindsight to not have had the expertise to adequately evaluate.

Stemcentrx's premise with Rova-T was a controversial one. The biotech's approach was based on the idea that cancerous stem cells could be the root cause of the disease. That idea wasn't widely accepted by cancer researchers. Even shortly after AbbVie acquired Stemcentrx, the small biotech's co-founder and CEO, Brian Slingerland, said in an interview with The Australian Financial Review, "I'm not sure that we have convinced the industry yet."

In addition, AbbVie paid an enormously high price tag to buy Stemcentrx. In September 2015, the privately held biotech was reportedly valued at over $3 billion, a level that MIT Technology Review stated at the time was "a nearly unprecedented value for a company with no revenue, facing the usual R&D obstacles, and that almost no one has heard of."

AbbVie, though, paid $2 billion in cash upfront combined with $3.8 billion in stock for a high-priced small biotech pursuing an approach to fighting solid tumors that many in the industry thought was foolish. The riskier the approach (and the higher the price tag), the riskier the deal. The only good news is that it could have been worse: AbbVie structured the deal where an additional $4 billion would be based on successful achievements of milestones, which ultimately weren't met.

3. The biggest cost of failure is the opportunity cost

There's no question that blowing $5.8 billion is a colossal mistake. But the biggest cost of this failure is the opportunity cost. Imagine what AbbVie might have done instead with that $5.8 billion.

For example, the company could have bought Exelixis in 2015 for less than it spent on Stemcentrx. Exelixis was valued at a little over $1 billion at the time AbbVie announced it was acquiring Stemcentrx and had just announced FDA approval for Cabometyx as a second-line treatment for advanced renal cell carcinoma.

AbbVie could have also gobbled up several other small biotechs that were less pricey and that had late-stage pipeline candidates less risky than Rova-T. Instead, AbbVie rolled the dice -- and lost.

Is an even bigger blunder in the making?

Perhaps the biggest concern now is that AbbVie could be making an even bigger mistake with its pending acquisition of Allergan. AbbVie is again acquiring a company with products outside of its area of expertise. Some of Allergan's products face major competitive challenges. And the $63 billion price tag makes the cost of failure even more severe.

However, unlike Stemcentrx, Allergan has lots of drugs already on the market. The buyout of Allergan isn't an all-or-nothing gamble like AbbVie's acquisition of Stemcentrx was.

But AbbVie's $5.8 billion blunder with Rova-T and its Stemcentrx acquisition underscores the risks associated with investing in biotech stocks. Clinical flops, regulatory failures, and rapidly changing competitive dynamics make the arena challenging for companies -- and investors.