Tonight's post-market trading action is centered on quarterly results, thanks to several popular tech stocks that have reported their latest after the closing bell.

One of these disappointed investors even though it beat analyst estimates. The story was quite different for another. Read on for more about the pair's latest fundamentals, and how the market is reacting to them. 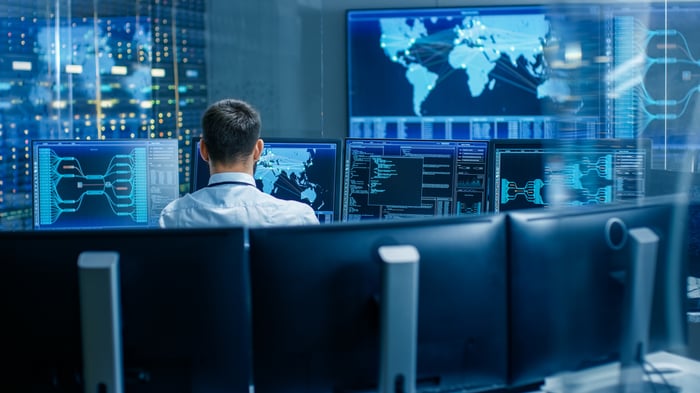 Slack Technologies (NYSE:WORK) posted its first earnings report as a publicly traded company. For its Q2 of fiscal 2020, the company booked revenue of $145 million, which was 58% higher on a year-over-year basis and exceeded the average analyst estimate of just under $141 million.

Slack pointed to significant growth in a key customer segment -- enterprises, with over $100,000 in annual recurring revenue -- as a driver of that revenue improvement. The number of those customers rose by 75%.

Despite the Q2 beats, Slack stock is trading down sharply tonight -- it's off by nearly 14%. A big worry with this company is that it's a one-trick pony with its corporate messaging software, and Microsoft (NASDAQ:MSFT) will swamp its business.

The latter company has a product called Microsoft Teams that apes many of the Slack app's features. Once rumored to be a potential acquirer of Slack, Microsoft is a stiff competitor and a significant threat. Investors likely wanted to see Slack more convincingly beat trailing or forward estimates, in order to show that it can compete with the likes of Microsoft.

The cybersecurity specialist unveiled its Q4 2019 figures, which showed that both its revenue and billings grew by 22%. The former landed at almost $806 million, with the latter rising to $1.1 billion. Adjusted net income improved by 12% to just under $147 million ($1.47 per share).

Both line items edged past the average analyst estimates of $803 million for revenue and $1.42 for per-share adjusted net profit. Analysts had also been modeling $995 million in bookings for the quarter.

Earlier in the day, Palo Alto Networks announced it had signed a deal to acquire privately held IT security company Zingbox in an all-cash transaction for $75 million.

Unlike Slack, Palo Alto Networks' stock price is rising in after-hours trading. It's up by over 6% at the moment.