Lululemon Athletica (NASDAQ:LULU), the company synonymous with trendy athleisure wear for women and men alike, continues to charge ahead in spite of the ongoing trade war between the U.S. and China. The Trump administration's latest round of tariffs on Chinese imports took effect last Sunday. More than two-thirds of consumer goods the U.S. imports from China now face higher taxes. The 15% taxes apply to about $112 billion of Chinese imports. On December 15, another round of 15% tariffs on $160 billion of Chinese imports will be imposed as well.

Lululemon's stock is up approximately 52% year-to-date compared to the S&P 500's gain of almost 17% and the company continues to exceed expectations and grow its earnings. Market watchers don't expect the company to suffer from increased tariffs on Chinese goods. Bank of America analysts projected second-quarter earnings to come in ahead of consensus estimates even with the additional tariffs coming into play. Following a surge in mid-June, the stock price has tapered down a bit, however. Lululemon's market cap is $23.39 billion and its most direct competitors include other prominent apparel brands Nike, Adidas(OTC:ADDYY) and Under Armour. 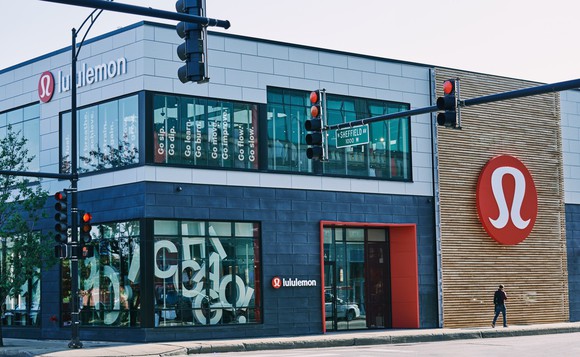 Roughly 67% of Lululemon's products are manufactured in China and the remaining 33% are manufactured in the U.S., Canada, Israel, Taiwan, Indonesia, and India. It's reasonable to assume the stock would suffer due to the new tariffs. That has yet to be shown though, as the company has been popular in China for some time now and continues to trend upward. Its Q2 income from China accounted for $95.8 million. This is mainly through e-commerce as Lululemon has yet to reach an equivalent number of stores in China compared to its U.S. retail footprint. However, a mere 6% of the company's finished goods are actually imported from China, as the rest are either shipped to other countries or remain in China to be sold there. That should be a small enough amount to put revenues relatively in the clear from the risk of tariffs.

Consumer spending trends are supporting retail stores like Lululemon. Unfortunately, weakness is showing up in other parts of the American economy. A serious lack of in-store traffic for most traditional retailers could lead to future layoffs and the trend continues to bolster e-commerce strength for companies investing in their digital sales. Many malls are going out of business and it seems like this is becoming the norm as time goes by.

"Despite a more challenging environment, we are comfortable with our 12% same-store sales forecast given. We remain very happy with the momentum we're seeing in the business," said CEO Calvin McDonald on the company's June earnings conference call.

Lululemon's store traffic in the first quarter accelerated sequentially while most retailers decelerated from the fourth quarter. Many retailers commented that the second quarter started slowly before trends improved sequentially during the quarter. However, Lululemon's management said on its fiscal first-quarter call suggested they did not see a slowdown.

The good thing is, Lululemon is extending its brand into new categories beyond apparel. The company is trying to break into the personal hygiene and footwear markets which should complement its existing athleisure clothing products well. Lululemon also has massive growth potential in the U.S. Currently, it has fewer than 300 retail stores and most of them are just 3,000 square feet. Lululemon has ample room to grow with both store expansions and new store openings.

Where this gets tricky is in China. Yoga is becoming increasingly popular in China and Lululemon should be able to capitalize on its demand. Yoga International even dubbed China the "new yoga superpower" with more than 10 million Chinese consumers practicing yoga regularly.

Lululemon saw this as an opportunity to capitalize on and even launched a Chinese New Year 2018 campaign "practice takes practice" which drew links between lifestyle practices such as endurance, patience, and mental discovery linking them with Chinese cultural elements, combining the contemporary with the traditional. In June it was announced that Lululemon stores in China exceeded all metrics as they were pulling in $1,600 sales per square foot, yet Lululemon operated just 22 stores in China. To say there is room for an opportunity abroad is an understatement.

Last year, the company's revenue and earnings per share rose 24% and 90% respectively, which is why Lululemon is one of the top retail growth stocks on the market. Its Q3 earnings will be reported on September 5, and Bank of America expects the cult-favorite apparel company to report earnings per share of $0.91, which is $0.02 more than the consensus forecast of $0.89. The bank's analysts also project same-store sales growth of 12% in line with Lululemon's own guidance of double-digit growth. If the previous two quarters are any indicator, Lululemon should be just fine as it beat earnings by $0.11 and $0.04 cents respectively.

While malls are becoming more and more deserted by the day, Lululemon saw same-store traffic rise by 8% year over year in the first quarter. One main differentiator that Lululemon has in its favor is the fact that their retail locations are not limited to the dying breed of shopping malls. You can usually find a Lululemon store in heavily trafficked areas where a lot of millennials live and work. Most big cities have a Lululemon store located downtown or where there's a lot of foot traffic from other businesses like restaurants and offices.

Lululemon is also less exposed to changes in trade relations with China than other retailers. With a strong track record and a good position to deal with the ongoing trade war, investors should have no fear about Lululemon going forward.