Shares of G-III Apparel Group (NASDAQ:GIII), a designer of apparel and accessories under a number of brands including DKNY and Andrew Marc, were trading over 25% higher Thursday morning after the company reported a mixed bag of second-quarter results.

Second-quarter sales were $643.9 million, a 3% gain over the prior year but short of analysts' estimates calling for $656.57 million. Despite falling short on the top line, adjusted earnings per share checked in at $0.23, a penny ahead of the $0.22 analysts had expected. 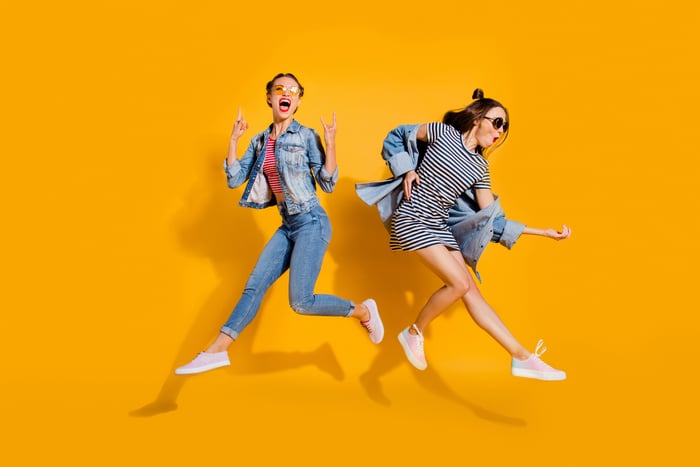 In a press release, CEO Morris Goldfarb said: "Our formula for success includes having a portfolio of brands that are in demand and deliver high quality, well-designed, competitively priced products that elevate our position as a supplier-of-choice. Through solid execution, we remain poised to drive significant long-term sales and profit growth." 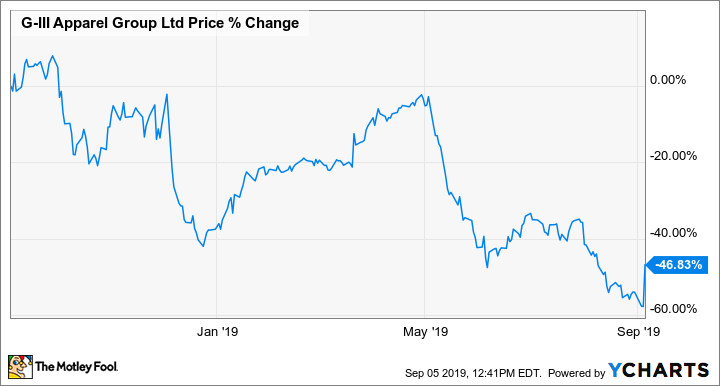 Today's gains are welcomed by investors who have seen the stock shed almost half its value over the past year -- and that's including today's roughly 25% increase. One possible driving force behind today's gains, outside of its mixed financial results versus analysts' estimates, could be that the company was able to mitigate some of the tariff headwinds during the second quarter.

Bank of America Merrill Lynch recently downgraded the stock after seeing other large retailers fail to offset tariffs with price increases. Despite having managed tariffs pretty well during the second quarter, management also acknowledged that the additional tariffs recently implemented forced the company to reduce guidance for the full year. Ultimately, while today's 25% pop is a welcome development for G-III investors, headwinds will remain with a slowing retail environment for apparel and recession concerns.