Investing in the agribusiness sector can sometimes feel as risky as buying a high-flying tech stock: The increasingly unpredictable weather patterns that are resulting from global warming seem to put every harvest at greater risk.

It's encouraging, then, when a pure-play fruit-farming company can string together several quarters of vibrant growth, as avocado collective Calavo Growers (NASDAQ:CVGW) has done in its current fiscal year. Following the release of its fiscal third-quarter report after markets closed on Thursday, shares of the small-cap agriculture concern popped by nearly 7% on Friday. 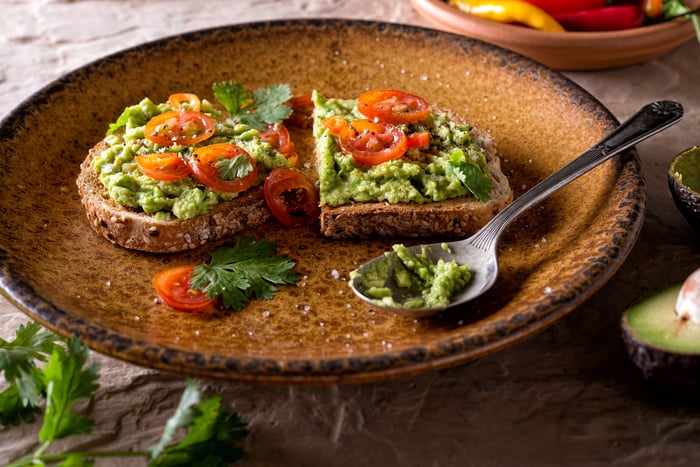 In recent years, Calavo has extended its business in the consumer staples arena beyond its core avocado sourcing and sales, and into fresh foods, prepared meals, and meal kits. In the organization's earnings press release, CEO Lee Cole emphasized the diversity of its revenue streams as an inherent business strength:

We advance toward the conclusion of fiscal 2019 in a very strong position that underscores my confidence for Calavo's potential for the current year and well into the future. Our company has in place a very strong, flexible strategic platform – with multiple revenue and profit drivers – capable of performing well across a range of market conditions as Calavo has repeatedly demonstrated.

Calavo is anticipating a crisp finish to its fiscal year. The company expects 2019 gross profit growth of over 50% in its fresh segment, which will provide a foundation for overall results. Management is targeting high-single-digit percentage revenue growth in RFG for the year, which will be aided by the opening of the segment's newest production facility in the Pacific Northwest in the fourth quarter. Calavo Foods is expected to recover ground on gross margin in the last three months of the fiscal year.

Calavo Growers has advised shareholders that it still expects to book record revenue for fiscal 2019, and it's forecasting growth in adjusted earnings per share of more than 20%. That goal can be seen as something of an upward revision, as previously, the company had simply said it was targeting "double-digit" expansion in adjusted EPS. The specificity is also a reflection of executives' confidence in the business's ability to execute through the home stretch of the current 12-month period.