Shares of Pattern Energy Group (NASDAQ:PEGI) rose nearly 18% last month, according to data provided by S&P Global Market Intelligence. The business reported first-half 2019 operating results demonstrating that it remains on track to grow cash available for distribution (CAFD) at a compound annual growth rate of 10% by the end of 2020. Achieving the long-held goal will help to drive down the company's payout ratio and make its distribution more sustainable.

But all of that faded into the background once rumors began swirling that the business had been approached for a takeover. Management broke protocol to confirm the rumors as true while reminding investors that a deal isn't guaranteed. That didn't stop the renewable energy stock from trekking higher. 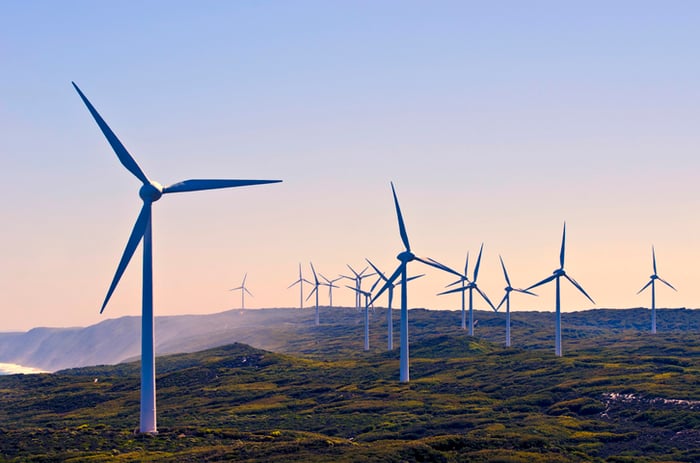 In the first half of 2019, Pattern Energy Group delivered year-over-year revenue growth of 8% and grew CAFD to $105 million. That put the company on track to meet growth projections and made it stand out from peers with asset portfolios more concentrated in the United States, which is currently experiencing a wind drought. The business owns wind power assets in the United States, Canada, and Japan.

As far as the takeover talks are concerned, there aren't many details. Bloomberg reported that Brookfield Asset Management (NYSE:BAM) is interested in acquiring Pattern Energy Group, which would fit with the former's history of acquiring renewable energy companies with a global footprint.

Investors can only focus on the operations and growth potential of Pattern Energy Group at the moment. While an acquisition could lead to a nice payday for unitholders, a deal cannot be guaranteed.