Allakos, which went public in mid-2018, is "developing therapeutic antibodies that selectively target immunomodulatory receptors present on the surface of immune effector cells involved in allergic, inflammatory, and proliferative diseases," according to its website. The company's initial focus is on rare stomach diseases. 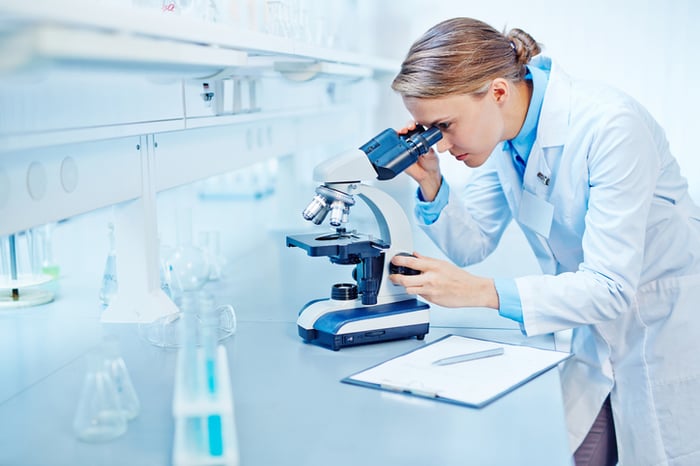 In the phase 2 trial for eosinophilic gastritis (EG) and eosinophilic gastroenteritis (EGE) indications, AK002 met all the primary and secondary endpoints. Moreover, the study also showed that patients with comorbid eosinophilic esophagitis (EOE) treated with AK002 "experienced statistically significant decreases in esophageal eosinophil counts and substantial reductions in patient reported dysphagia symptoms," according to the press release. "The data suggest that AK002 could provide rapid and sustained benefit in patients with eosinophil gastrointestinal diseases," said Dr. Evan Dellon, a principal investigator of the study and professor of gastroenterology at the University of North Carolina, Chapel Hill.

Investors comfortable with the risks associated with clinical-stage biotechs might want to put Allakos stock on their watchlist.