Bank of America (NYSE:BAC), Axos Financial (NYSE:AX), and Bank of New York Mellon (NYSE:BK), all fell more than 10% in August, according to data from S&P Global Market Intelligence . While all three banks each occupy slightly different ends of the banking world, all three are sensitive to economic activity and interest rates.

In early August, trade tensions between the U.S. and China ramped up, sending economically sensitive stocks down, and creating a flight to safety in U.S. Treasury bonds. That pushed bond prices up and yields on 10-year treasuries down, causing the yield curve to invert. A yield curve inversion is what happens when long-term yields fall below short-term yields: 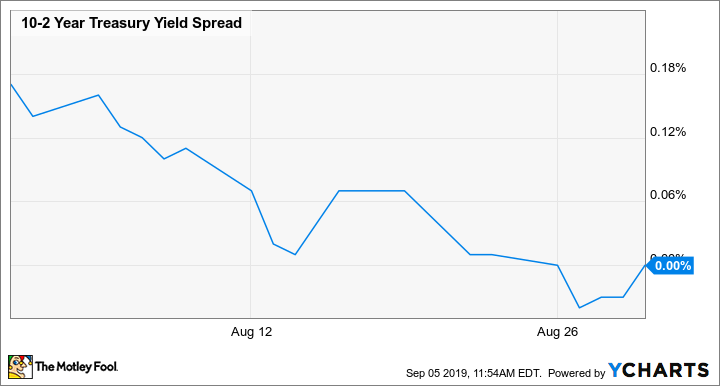 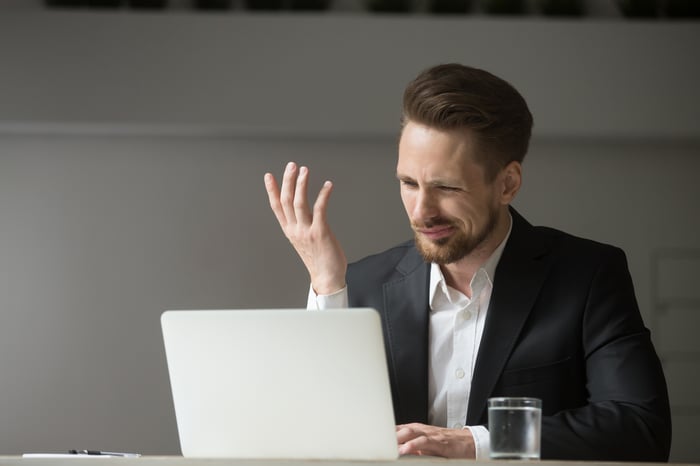 While Bank of America is a large-cap bank and Axos Financial is small-cap, both make a substantial amount of their earnings from interest income, mainly from mortgages, other consumer loans, and corporate and industrial loans. So it's no surprise that these stocks fell with the yield curve.

But even Bank of New York Mellon, which makes a majority of its income from fee-based businesses like wealth management or security clearing -- though it also makes a bit of interest income from margin loans -- also felt the pinch in August. When markets go down, assets under management (AUM) at these companies' wealth management divisions go down as well, with AUM-based fee income along with it. Finally, caution around trade can lead to a slowdown in general economic activity, which affects the various forms of transaction revenue these banks generate.

While nothing is assured, September is looking a bit better. There is more cautious optimism regarding trade talks, and the yield curve has, at least at this moment, uninverted. While manufacturing data has been soft, consumer spending is still quite robust, and there are no big signs of a recession.

In addition, all of these bank stocks are extremely cheap, with P/E ratios in the 10-11 range. Warren Buffett himself owns both Bank of America and Bank of New York Mellon shares, as he probably thinks they are materially undervalued on a long-term basis. 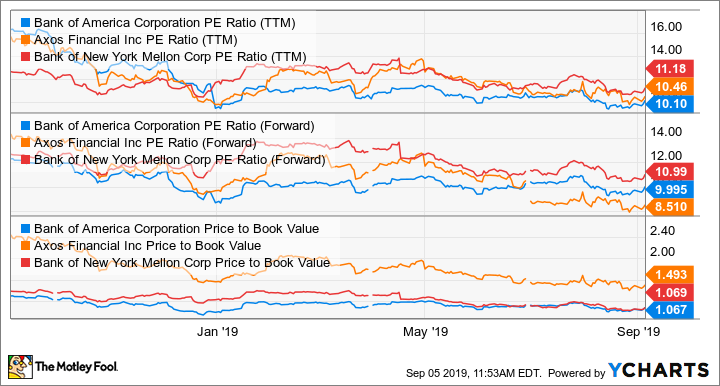 At the same time, all three companies are returning cash to shareholders in the form of share repurchases, taking advantage of their low stock prices. So while the short-term may be a rocky road, long-term investors may want to look at these high-quality bank stocks today.