Money transfer company MoneyGram International (MGI 0.39%) has been one of the stock market's best performers recently. The stock had already more than tripled since June and is up by another 7% today.

As of noon EDT on Tuesday, MoneyGram shares were trading for about $5.70, as compared to a low of $1.33 reached at the end of May.

Most of the recent rally in MoneyGram can be attributed to the company's partnership with cryptocurrency company Ripple, which also took a substantial stake in MoneyGram. However, today's rally is for a different reason. 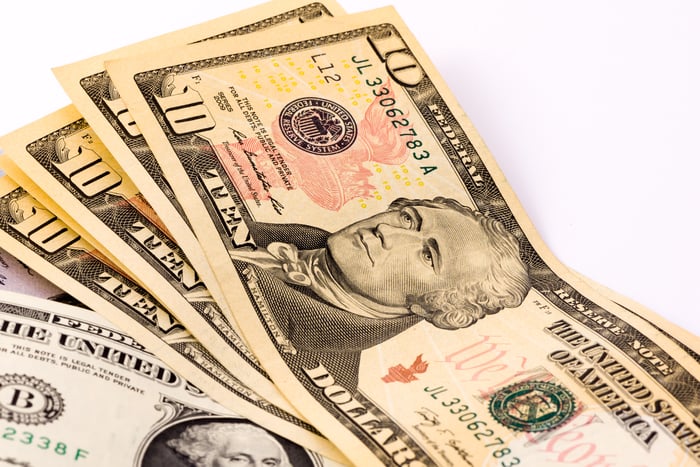 MoneyGram and Visa (V 2.20%) have announced a new partnership that will allow customers to send money to any Visa-branded debit card that's linked to a bank account. If you're curious, there are over one billion Visa debit cards in existence, so to say that this news greatly expands MoneyGram's reach would be a big understatement.

The point of the partnership is create an easy way for MoneyGram customers to send money directly to friends and family. Transactions will have a $1.99 fee, and with the momentum in the person-to-person payments space in recent years, it's not difficult to see how this could be a needle-moving component of MoneyGram's business.

Today's news isn't producing the most exciting move we've seen in MoneyGram stock recently, but it could be among the most significant headlines involving the company in recent times. MoneyGram's partnership with Visa could be a major catalyst for MoneyGram, and one that doesn't depend on the effectiveness of any cryptocurrency-related partnership.