Shares of CyberArk Software (NASDAQ:CYBR) declined 19.1% last month, according to data provided by S&P Global Market Intelligence, after the cybersecurity specialist announced its second-quarter results, along with the impending departure of a respected leader.

CyberArk actually bested Wall Street's estimates for revenue and earnings. The leading provider of privileged-access security saw revenue rise 29% year over year to $100.2 million. Its non-GAAP (adjusted) earnings per share, meanwhile, surged 64% to $0.59. Analysts had been expecting revenue and adjusted EPS of $97.3 million and $0.47, respectively.

But investors seemed to focus more on the  announcement that its chief revenue officer would be stepping down on Sept. 30 to pursue other opportunities. "My decision to leave the company was difficult, but at this stage of my career I want to leverage my experience to scale and grow early stage technology companies," Ron Zoran said in a press release. "Given my long tenure at the company and strong personal relationships with the entire team, I remain fully engaged to ensure a smooth transition."

Judging by the stock's sell-off, it seems that investors are questioning just how smooth the transition will be. 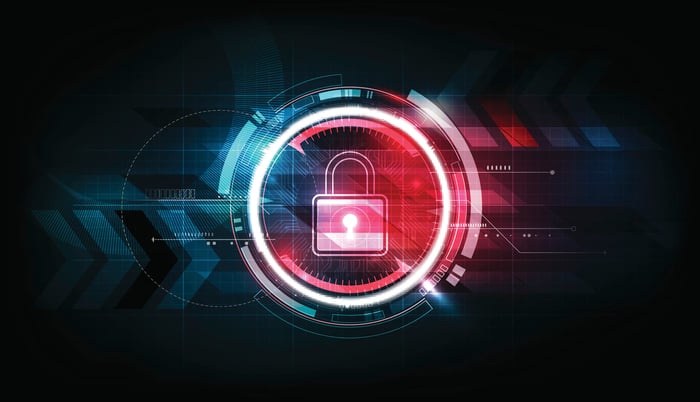 Demand for CyberArk's privileged-access security, which helps to protect against both external and internal threats, is booming, according to CEO Udi Mokady. "The stakes have never been higher in security," Mokady said during a conference call with analysts. "And in almost every successful breach, a hacker infiltrates the network or cloud environment and exploits privileged access, putting our solution at the top of chief information security officers' priority lists."

With demand for CyberArk's services rising while its stock price is falling -- including an additional 8% decline so far in September -- investors may want to consider buying some of its shares today.