When scanning the market for value, it's easy to fall prey to lofty dividends and low multiples given by declining and mismanaged businesses. The better move is to find companies that provide a steady balance of responsible management, dividend yields, and growth prospects. Caterpillar (NYSE:CAT), FedEx (NYSE:FDX), and Southwest Airlines (NYSE:LUV) all have significantly below-market-average valuations and have underperformed the market in 2019, opening the door for value investors to take a look.

The biggest of the three, Caterpillar, is known for its farm and construction equipment. Lesser known but making up a good deal of the company's business are diesel and natural gas engines, transmissions, pumps, and generators for the marine and oil and gas industry. Caterpillar's global dealership network covers 21 industries and services six continents. 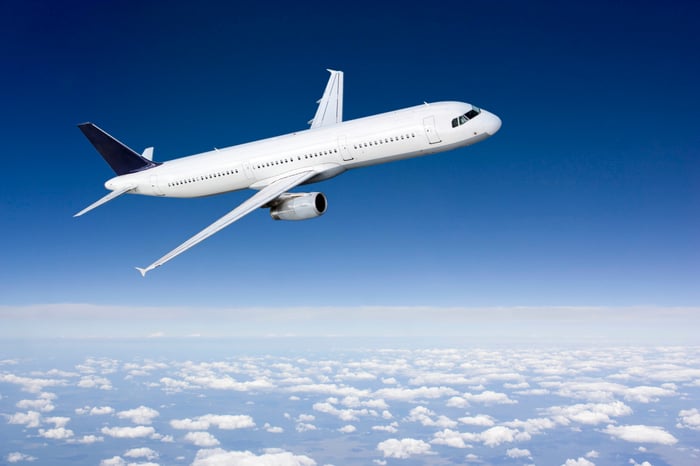 Southwest Airlines got its reputation as the airline with the best customer service in the industry. The company primarily offers flights across the United States as well as to the Caribbean and Mexico.

FedEx and Southwest Airlines are both well known for their paradigm-shifting business models, which have since been replicated and adopted into case studies that are taught by Harvard Business School and other universities around the world.

All three of these companies have exposure to international markets, and they have all been impacted by trade tensions that have been ongoing for more than a year now. But the general health of the American economy affects them too. Unlike consumer staples companies like Procter & Gamble or Clorox that are less reactive to economic cycles. That's because they focus on domestic markets and therefore aren't reliant on trade. Both companies continuously achieve steady growth despite economic cycles thanks to their diversified portfolios of inelasticly demanded products, meaning demand will not fall during a recession. By contrast, most industrial companies depend to a greater extent on economic growth to drive their results.

New home builds, ship construction, natural gas pipelines, and more all increase Caterpillar's revenue. That same economic growth slows during a recession but also booms during an economic expansion. Same goes for FedEx, which ships more packages when the economic climate is good. The highest margins are from international shipments, which are, of course, dependent on healthy trade relations.

Southwest Airlines is no different. More people fly when they have discretionary income to take vacations. When cash flow is rich, companies will send employees to conventions, trade shows, conferences, and more, all of which increase Southwest's earnings. This may sound like common sense, but it's important to understand when determining if it's the right time to invest in an industrial company.

The good news is that Caterpillar, FedEx, and Southwest Airlines are all cheap stocks on paper. Earnings multiples are roughly half the 22 times earnings that the broader S&P 500 fetches.

Even during a recession, all three companies have business models that will turn a profit, albeit not as much as usual.

That's where the dividends come into play. To bolster shareholder confidence, Caterpillar pays a nice 3.5% dividend. The company is well known as a bellwether stock for the American economy, meaning that if the company forecasts mediocre guidance, it's likely a result of a slowing or even rapidly declining business environment. FedEx and Southwest Airlines offer small dividends, 1.6%, and 1.4% respectively, but at least it's something.

For investors willing to weather short-term volatility, strong industrial names like Caterpillar, FedEx, and Southwest Airlines offer solid long-term performance with diversified revenue streams, consistent earnings, and reputable brands. Much of the U.S.-China trade tension is already priced into the stocks. From headlines alone, the three stocks have fallen while the broader markets have risen. It remains to be seen just how severe the trade conflict will impact industrial stocks. The good news is that investors are already assuming these stocks will take a hit as a result of the trade war, and have thus sold off their stocks off ahead of any tangible results. This sell-off bodes well for investors considering a position now.