WW is seeking to capitalize on a global wellness revolution that has ignited a healthcare growth market in recent years. According to the Global Wellness Institute, the wellness market is growing at nearly twice the rate of the overall global economy. Here in the U.S., Americans are more focused on healthy eating, fitness, and disease prevention than ever before. 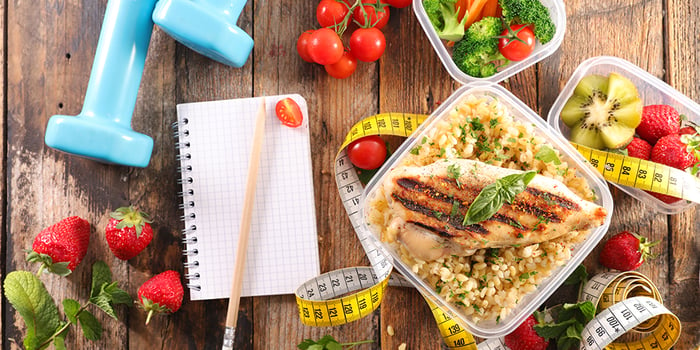 Employers are also embracing the wellness craze. Companies responsible for employee health plan coverage have changed their perception of insurance, now seeing it as a way to keep employees healthy and productive rather than as a (necessary) cost burden. As a result, nutrition and other wellness areas now have increased relevance for health plans. Health plan providers seeking to lower medical costs are asking for more well-rounded solutions, by offering employees access to healthy lifestyle companies like WW. Another company that serves this need is Tivity Health (NASDAQ:TVTY).

Tivity Health is the nation's leading provider of fitness and health improvement programs and is a major player in the wellness industry. The healthcare side of the business is solid, anchored by its crown jewel, the Silver Sneakers program for seniors, along with Prime Fitness for active adults. It is now also in the nutrition business, going head-to-head with WW after its Nutrisystem acquisition in December 2018, which it bought for $1.4 billion. This deal gave Tivity two household names: the legacy Nutrisystem brand and the South Beach Diet.

The weight management market is full of companies offering a variety of diet plans, promises, and gimmicks, but WW and Nutrisystem are the established No. 1 and No. 2, respectively. Can both companies be successful in a crowded market?

That market's sheer size supports the idea that there's plenty of room for multiple winners. In the past 35 years, obesity rates in the U.S. have more than doubled among adults, according to the National Center for Health Statistics. Tivity Health estimates that about 133 million people nationwide are trying to lose weight or actively prevent weight gain. WW and Nutrisystem's membership numbers combined add up to less than 10 million, which suggests that both companies have plenty of room to grow and that both are likely to benefit from this secular growth market.

While both WW and Nutrisystem are weight loss specialists at the core, their brands have distinct differences that appeal to different customers. WW's business model involves weekly meetings with group support about healthy eating programs, behavior modification, and physical fitness. Its traditional point-counting system is helpful to some but viewed as cumbersome by others, and the cost of food is a separate charge with WW plans.

Nutrisystem uses data analytics to offer personalized nutrition solutions. Its auto-delivery meal plans start at $10 per day and includes comprehensive counseling add-ons such as access to trained weight loss coaches and certified diabetes instructors. It does not use a point-counting system, and the cost of food is included. While there are differentiators, both companies seek loyal customer engagement and both can thrive in the current wellness environment.

Like WW, Tivity Health has embarked on a turnaround journey. While the company posted good results in its most recent quarter that included $1.3 million in Nutrisystem cost synergies, the market has been skeptical of its ability to successfully integrate and expand Nutrisystem. According to the company's conference call with investors, Tivity's total revenue for the second quarter was $340.4 million, an increase of 124% over the same period last year. Its net income was $18.1 million compared to income from continuing operations of $22.7 million in the second quarter of last year.

However, the combination of the healthcare business with Nutrisystem has created a high degree of complementary products and services. Tivity Health has access to the major health insurance companies, a group generally associated with high entry barriers. This represents a tremendous cross-selling opportunity and an advantage over WW and other nutrition companies. It can now offer Nutrisystem diet plans and products to its Silver Sneakers and Prime Fitness participants in its 16,000 fitness centers nationwide.

Tivity Health has much to prove, but management has already taken some positive steps to improve the nutrition business. Revenue synergies have resulted from strong early demand from insurance carriers for its integrated offering which includes physical activity and nutrition. The company also secured two contract wins in the second quarter that combines fitness and nutrition solutions for hospital patients after discharge and in recovery.

Tivity looks undervalued at current levels, in large part because of the underappreciated synergistic potential of Nutrisystem. At 14 times forward earnings, it currently trades at roughly half its historical multiple. As health-focused Americans turn to weight loss solutions including WW and Nutrisystem, shrinking waistlines could mean expanding company profits and shareholder gains.