Nearly a year ago, rumors surfaced that Apple (NASDAQ:AAPL) might let Apple device owners have free access to Apple TV+. The idea would be to get users onboard, hopefully hook them with content, and then start charging them a subscription fee later on. It turns out that Apple indeed decided to pursue a similar strategy: One of the big shockers from the company's big event yesterday was that Apple would give away a free year of Apple TV+ to any customer who buys an iPhone, iPad, Apple TV, iPod Touch, or Mac.

That's a remarkably generous move for a company known for premium pricing. Here's why the Cupertino tech giant is giving the service away. 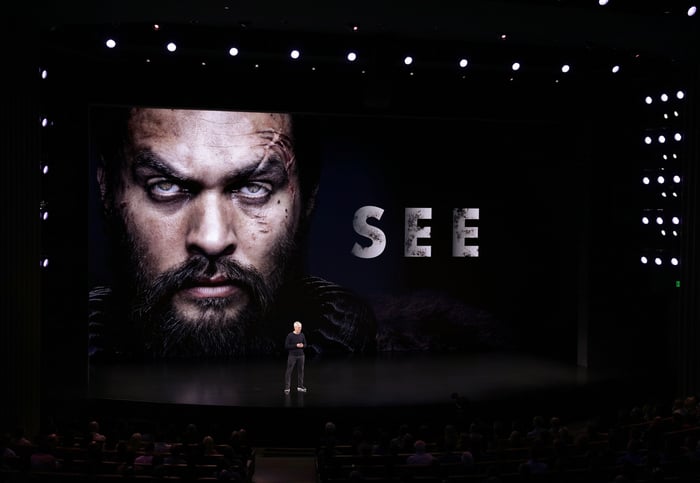 Apple will give away tens of millions of subscriptions

For starters, the slate of originals that will be ready at launch is extremely small: Just nine titles will be available when TV+ launches in November. Apple is betting on quality over quantity at first, but quality is subjective and there simply won't be a lot of content to watch initially. Even at the low price point of $5 per month, Apple TV+ doesn't stack up well against Netflix or Disney's competing Disney+ service that will launch less than two weeks later.

In all likelihood, Apple is expecting the bulk of TV+ subscribers to come from the free offer, as Apple will end up selling around 90 million to 100 million eligible devices in the fourth quarter. Bundling a $60 offer with pricier products like a maxed-out iPhone 11 Pro Max ($1,450) or 15-inch MacBook Pro ($2,400) might not hurt margins meaningfully, but even certified refurbished products are eligible. That means that someone could buy a refurbished Apple TV HD for just $139 and take advantage of the offer -- which is worth nearly half of that product's price.

A new Apple TV 4K ($180) is reportedly sold at cost, so Apple is essentially willing to accept a negative margin for certain products in order to promote TV+.

In other words, Apple is in no rush to recoup the billions of dollars that it has invested thus far in original content. The company will get tens of millions of users on the service with the free offer, at which point it will have a year to convince them to renew their subscriptions by adding more and more content to justify the $5 per-month cost.

The entire strategy underscores Apple's yearslong focus on its services business, which the company has framed to investors as a way to mitigate seasonality and reduce reliance on hardware unit sales. Services are also far more profitable than products, on average.

Apple is very much playing the long game here, so investors will have to be patient to see if the multibillion-dollar original content bet ultimately pays off.