Amazon (NASDAQ:AMZN) may have automated some of its backend warehouse functionality and created a checkout-free retail store, but it still needs people to run its business. And to that end, the company has plans to add 30,000 employees.

The online retail giant has planned what it calls an "Amazon Career Day" for Tuesday, Sept. 17. Comprising a series of hiring events across the United States, the Career Day will offer information "about the 30,000 full and part-time jobs available at Amazon in locations across the country, from the company's headquarters and tech hubs to datacenters and fulfillment centers," according to a press release.

These events won't just be about hiring warehouse workers -- though a lot of the positions will be entry-level fulfillment center jobs, there will be positions across the company's entire spectrum. The challenge for the company, of course, isn't filling higher-paying office jobs, it's getting people to take its $15 an hour entry-level warehouse, fulfillment, and customer service jobs. 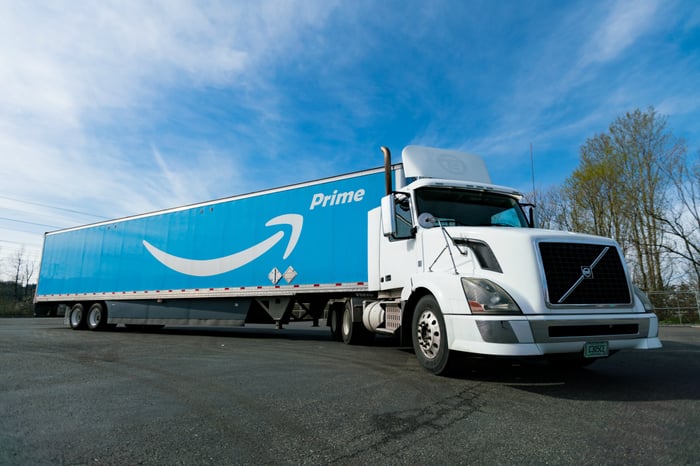 It takes a lot of behind-the-scenes workers to get your package delivered. Image source: Amazon.

Amazon needs people, but, at least in some markets, people may not need Amazon all that much. Job openings continue to climb, and unemployment sits near all-time lows. Perhaps most importantly for Amazon, wage growth has been strong for some of the positions it hopes to fill.

The latest data from Glassdoor showed that the median salary for warehouse workers had climbed 4% to $44,112, while customers service representatives saw their pay jump by 3.7% to $38,243. That's well above the $31,200 a $15 an hour Amazon employee makes.

Of course, $15 an hour is only the low point for Amazon hourly wages, and many workers do earn more -- but in a competitive market, the online giant's reputation may hurt it. Only 66% of Amazon warehouse workers would recommend the job to a friend, according to information from Glassdoor, and only 70% of customer service reps would do the same.

Amazon may have an edge when it comes to filling entry-level jobs over Walmart and Target because it pays a higher minimum wage. At $11 and $13 an hour, respectively, those two retailers pay well less than their online rival -- probably enough less for Amazon to overcome any worker reticence.

But when Amazon competes with a well-regarded employer that pays at least $15 an hour, as Costco does, it's going to struggle to hire employees. Wages, of course, are not everything -- benefits matter, and Amazon points out in its press release that "All candidates will have access to on-the-job training and upskilling opportunities as part of the company's $700 million Upskilling 2025 initiative to help employees gain new skills to build their career."

Where Amazon is hurt is that there have been numerous stories about challenging worker conditions in its warehouses. The company has refuted those allegations, but the media reports and the availability of other options may be a drag on hiring for the online leader.

Walmart, Target, Costco, and others have varying training opportunities and benefits packages for workers to weigh. Amazon is being aggressive and getting into hiring mode before the holiday season hits (the retailer will have a separate set of openings for seasonal positions). That's a smart play, but the company may come up short in markets where workers have the option to make the same money for companies that have built better reputations for treating workers well.