Subscriptions are all the rage these days, with companies across virtually all sectors and industries trying to leverage subscription models for just about any product imaginable. Apple (NASDAQ:AAPL) has been aggressively expanding its subscription strategy in recent years, leading many analysts to refer to the new model as "Apple-as-a-Service."

With a growing array of Apple products and services to subscribe to, here's how much you might have to pay if you went all-in on Apple's ecosystem. 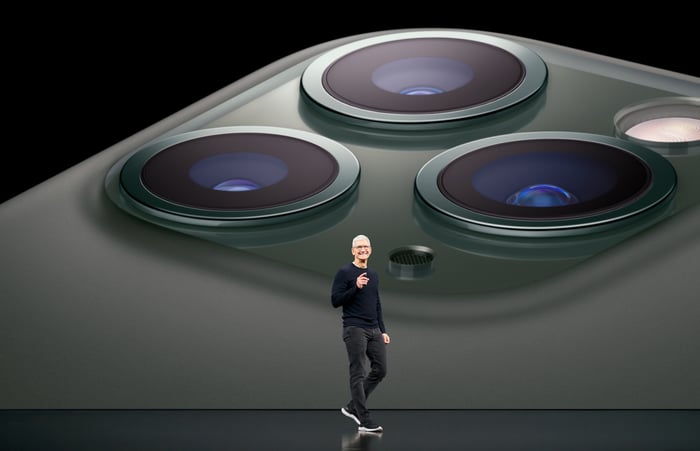 A subscription for everything

For the iPhone, Apple launched the iPhone Upgrade Program in 2015, which allows subscribers to upgrade to the latest iPhone every year. The program also includes AppleCare+, the company's extended warranty that also covers accidental damage. To get a maxed out 512GB iPhone 11 Pro Max, the monthly cost is approximately $69.

Now that Apple has finalized pricing for Apple Arcade and Apple TV+, those services will join other first-party services Apple Music, Apple News+, and iCloud storage. (The company is giving away a free year of Apple TV+ with new device purchases.) It's starting to add up.

But wait, there's more! Apple this week also tweaked its terms for AppleCare+, according to 9to5Mac. While the Cupertino tech giant had introduced monthly payment options for the extended warranty last year, the program still just covered 2 years. Under the revised terms, AppleCare+ is now available for indefinite coverage that lasts as long as Apple still services the hardware, which is typically for 5 years after a product is discontinued. Pricing varies by product, but adds even more to purchase coverage for iPads, Apple Watches, and Macs.

It wouldn't be much of a stretch for Apple to get its most loyal customers to pay as much as $150 per month across all subscription-based products and services, depending on how many other products they own.

Additionally, Apple Card is a form of service, although it doesn't generate subscription revenue. Apple collects fees from Apple Pay usage, and Apple Card's primary strategic purpose is to bolster adoption of the mobile payment service.

Apple is also likely to increase the price of Apple TV+ once it adds more content to the catalog in order to justify the value proposition and get consumers to renew. Apple isn't done either. Rest assured, the company will only continue to grow its services portfolio once it fully launches Arcade and TV+. When asked in April about any other new services in the pipeline, CEO Tim Cook replied, "I wouldn't want to get into announcing things in the call, but obviously we're always working on new things."