Kroger (NYSE:KR) has mostly missed out on the retailing boom that has helped push customer traffic to new highs at rivals like Walmart (NYSE:WMT) and Target (NYSE:TGT). The supermarket chain has been predicting faster gains ahead, though, since its shift to a multichannel posture is only just starting while these peers are further along in their rebound projects.

Here's a look at how the latest results stacked up against the prior year period: 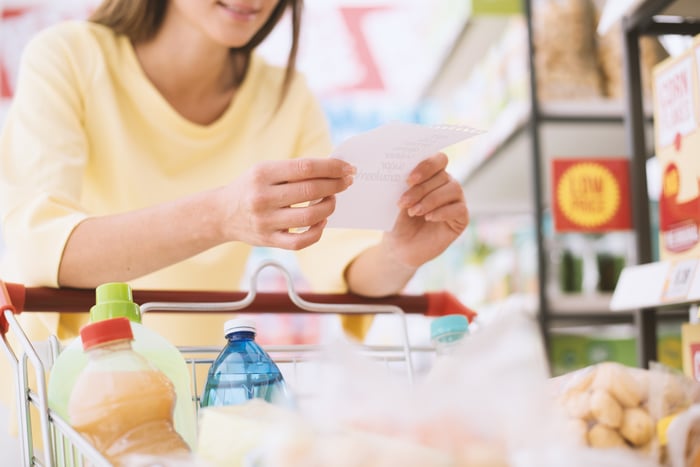 Executives celebrated the progress they're seeing as the rebound strategy starts lifting results. "We are pleased with the improvement of trends in our supermarket business," CEO Rodney McMullen said in a press release. "Guided by our customer obsession," he continued, "Kroger delivered our best [comparable-store] sales...result since the launch of our transformation plan."

McMullen and his team confirmed their full-year outlook that predicts comps will rise about 2% after accounting for the recent sale of the company's convenience store segment. That prediction might seem underwhelming given that Walmart and Target each had more bullish comments for investors about their 2019 forecasts following strong second-quarter results.

Yet Kroger isn't entirely missing from that retailing party. Shareholders saw a meaningful growth rebound this quarter, and the chain's forecast implies even faster gains ahead over the next six months. If Kroger can deliver on those modest targets, it will be in prime position to return to robust sales and profit growth in fiscal 2020.