Consider taking advantage of price weakness in a prominent web tools specialist and a healthcare REIT.

Last week was yet another record-teasing one for the stock market. Major indexes either hit or flirted with their all-time highs, which is saying something given the popularity stocks have enjoyed -- and how long they've enjoyed them.

But even in a long-running bull market, there are laggards. Here are two stocks that bucked last week's trend by falling down in price. Both dipped by at least 6% over the five working days, and each is worthy of consideration despite its recent unpopularity. 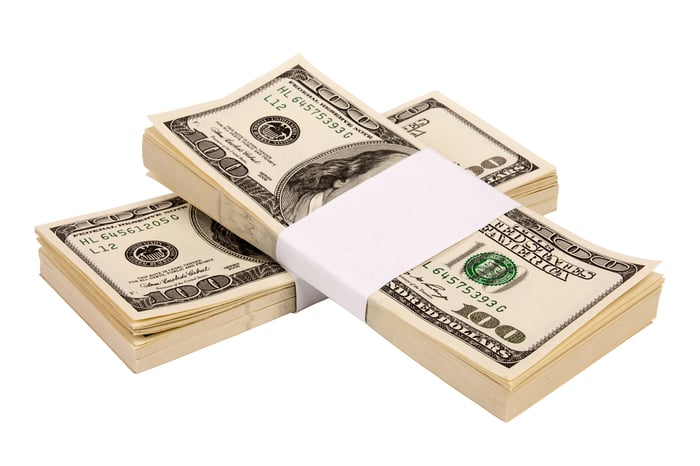 Tech stock Wix (WIX -2.71%), a company that provides small business owners and other digitally interested folks with online web development tools, fell by 8% during the week. There's no discernible reason why, other than the stock's big run-up in price so far this year (even with the decline, it's still risen 38%). So the correction feels like nervous investors tapping the brakes a bit.

I don't see much justification for this. The company has positioned itself especially well to offer its services to small corporations. I'm thinking in particular of Ascend by Wix, a well-conceived suite of business tools introduced late last year that nicely adds value to the company's offerings.

Growth in key line items is still coming in at enviable rates. In Wix's most recently reported quarter, revenue and free cash flow both rose by nearly 30% on a year-over-year basis. Non-GAAP (adjusted) earnings per share increased a respectable 17% meanwhile. Management added a few million bucks to its full-year fiscal 2019 revenue outlook; it now projects this will rise by -- again -- almost 30% over the 2018 tally.

Yes, the company remains unprofitable, but if its headline numbers are rising so fast I doubt that trend will stick. In fact, analysts tracking the stock collectively expect $1.03 in per-share net profit this year, and $1.54 in fiscal 2020 -- a growth rate of nearly 50%. The latter values the stock at one-year forward P/E of 80. This might sound high, but the company's got plenty of gas left in its growth tank to justify the high valuation.

The American population is graying, with senior citizens comprising an increasing share of the overall populace. This is a trend that analysts believe will accelerate in the coming decades. How can investors take advantage of this? A rather neat, sideways method is to invest in healthcare facilities -- after all, the older a population, the more medical care it will require. And a tidy way to invest in such real estate is through a real estate investment trust (REIT) that specializes in them. Enter Welltower (WELL 1.56%), the largest healthcare facilities REIT on the market today.

Like Wix's, Welltower's decline across last week (of 6%) is a bit mystifying. It does come after a report that CEO Thomas DeRosa unloaded around $1.5 million worth of shares over the past year. But insiders divest shares all the time to keep themselves liquid, and that amount was less than 8% of DeRosa's total stake.

Welltower, with its bulging portfolio of properties, is a slow and steady grower for sure. The company's adjusted funds from operations (FFO) -- the most important profitability metric for REITs -- rose at an old person's pace of 5% year over year in the company's Q2. Yet if we zoom out to a 10-year period, that number has advanced by 70%.

Higher growth is in the cards given the expected demographic changes. On top of that, as a REIT, Welltower is effectively required to pay out 90% of its net profit in the form of shareholder dividends. This, plus the recent dip in share price, has boosted its dividend yield to just over 4%.

3 Stocks for Retirees in the 21st Century