A famous name in the retail sector and a noted tech stock both took it on the chin Tuesday from Mr. Market.

By and large, stock market investors are a jumpy lot. They tend to react sharply -- some would say overreact -- to news about the babies they've invested in, punishing stocks that deliver lower-than-expected numbers or negative news items.

When something that isn't positive hits a stock, it can often drive it down to price levels deserving of a buy. On Tuesday, two prominent companies in their industries were pounced on by bears. Here's a look at the two -- retailer Nordstrom (JWN -0.55%) and tech stock Corning (GLW -1.89%) -- and whether they're now in bull territory. 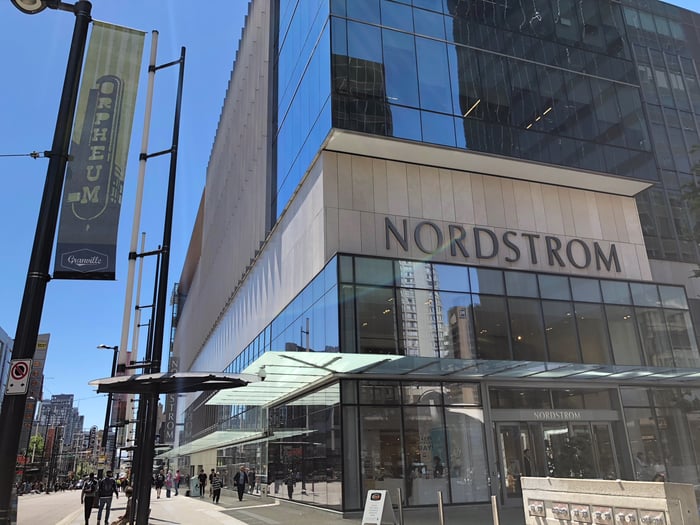 There was no discernible stock-moving news coming from Nordstrom today. That's a bit unusual, considering that the stock closed nearly 10% lower on the day.

Many pundits attribute this to macroeconomic fears about the spike in gasoline prices due to the recent attack in Saudi Arabia. The philosophy is that more spending on gas will reduce that on consumer goodies sold by the Nordstroms of this world. There's something to this, considering the fact that peer retail stocks also suffered price chops today.

Nordstrom fell more than they did, though. I think this is largely because its stock price had risen relatively steeply following the company's Q2 earnings release last month.

Investors are looking for something, anything positive in the besieged brick-and-mortar retail space, and they got a little with those Q2 figures. Nordstrom is taking sensible measures to slice costs, and these have had a positive impact on its cash flow. It's also doing a much better job with inventory management, frequently the No. 1 bugaboo and challenge in the retail sector.

Yet sales are still in decline, and I'm not sure Nordstrom is doing enough to lure and keep shoppers in its physical stores, still the bedrock of its business. (Digital sales comprised 30% of the overall number, only a slight increase from the year-ago quarter.)

So I'm not convinced this latest stock price drop represents a big limited-time sale at Nordstrom. Those top-line numbers are in decline, and tighter cost controls and inventory management aren't enough to get me excited about the company as an investment.

Corning's 6% slide today was due to a more concrete factor than those for Nordstrom: a cut in guidance.

The company said that two of its five business segments -- display technologies and optical communications -- would show results lower than previously expected. Corning is now expecting that display technologies' volume will fall in the high-single-digit percentage range in the current Q3 on a quarter-over-quarter basis. The company said a reduction in utilization rates by a number of panel manufacturers is the main culprit for this.

As for optical communications, the company now believes sales in the segment are set to fall in the low-teen percentages. Zooming out to the entirety of fiscal 2019, the top line should slide by 3% to 5% from the 2018 level. Previously, Corning anticipated low- to mid-single-digit percentage growth for the year. A continued reduction in capital spending by clients is the main reason for this change in estimate, the company explained.

Given the sensible reasons behind the guidance shaving, I don't think this necessarily comes as a great shock to Corning investors. But those two segments happen to be the largest ones at Corning by revenue, so the changes matter.

Still, in my mind, the resulting share price dip today doesn't land Corning in buy territory. The company's forward P/E, according to analysts who follow the stock, is just over 13% -- a higher rate than the 5% per-share net profit growth anticipated for fiscal 2019.

For the most part Corning is reliably profitable, and it operates in segments that should stay busy for years to come. But it's a slow grower, if anything, and to me its stock needs to be still cheaper for it to be a compelling buy.