Please ensure Javascript is enabled for purposes of website accessibility
Log In Help Join The Motley Fool
Free Article Join Over 1 Million Premium Members And Get More In-Depth Stock Guidance and Research
By Rick Munarriz – Sep 18, 2019 at 9:30AM

Two of the three leading premium music platforms may have more than 30 million premium North American members apiece, but they aren't playing the same tune.

There's good news and bad news for investors when it comes to Sirius XM Holdings (SIRI -1.21%) and Spotify Technology (SPOT -0.62%). The good news is that more folks are willing to spend money on audio entertainment than ever, a welcome development for two of the three largest premium audio platforms for U.S. audiophiles.

The bad news -- and it's more a relative bummer than an absolute one -- is that both stocks are losing to the market. Investors aren't exactly smarting, with Sirius XM and Spotify up 13% and 14%, respectively, in 2019. The two growing platforms just haven't been as buoyant as the S&P 500 with its 20% year-to-date pop. Let's size up the two market laggards to see which one deserves a spot on your portfolio's playlist. 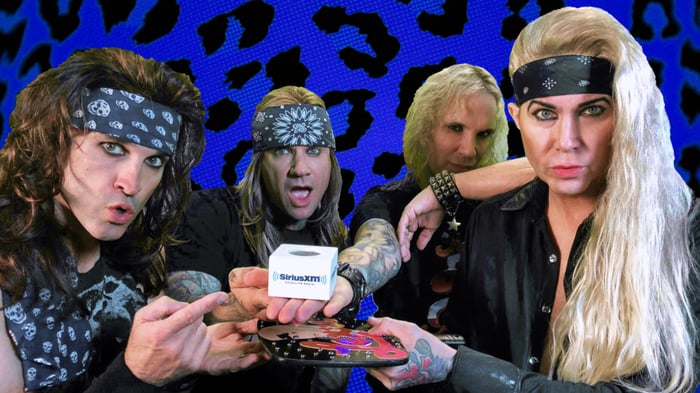 Picking up the beat

Sirius XM inching higher this year isn't new. This is now the 11th year in a row in which the satellite radio provider's stock is delivering a positive return, a rare and impressive streak. Organic growth has been slowing as the market matures. There are already 34.3 million total satellite radio subscribers. The addressable market may be every car on the road with an active or inactive receiver, but in reality, we're limited to the number of drivers who spend enough time behind the wheel to justify the cost for a car-specific subscription.

The narrative at Sirius XM is changing for the better. The acquisition of Pandora earlier this year gives it a streaming platform -- Sirius XM's blindspot despite having digital streaming available for a decade -- that it can bundle with its flagship satellite service. Pandora is also growing faster than Sirius XM, giving it stronger overall growth even after we lap the deal's first-quarter close.

Sirius XM has its advantages. It's been consistently profitable for years. Spotify is still another year or two away from getting out of the red. Sirius XM's average revenue per user -- up 4% to $13.83 over the past year -- is more than double the premium collections per user at Spotify, which has been flat over the past year.

When it comes to valuations, it's a split decision. Sirius XM is the only one that can make the cut on an earnings basis, so while fetching an earnings multiple of 31 for this year and 25 come 2020 isn't cheap -- at least it has a P/E ratio. Spotify takes the crown on top-line valuation, trading at an enterprise value that is 3.3 its trailing revenue. Sirius XM's revenue multiple is a higher 5.5.

Sirius XM still gets the ultimate nod. It's the steadier performer of the two, paying a modest but growing quarterly dividend to boot. Spotify may be growing faster, but Sirius XM still has a unique monopoly when it comes satellite radio in North America. Sirius XM is also a proven winner with what is shaping up to be 11 consecutive years of positive returns. Spotify is trading below last year's reference price of $132, when it made its market debut, essentially a broken IPO.

Despite losing out to the S&P 500 so far in 2019, both stocks could beat the market in the year ahead as consumers continue to warm up to paying for music and audio entertainment. Investors looking for consumer discretionary stocks will want to take a closer look at the booming premium audio market. Sirius XM should still come out ahead when pitted against Spotify.