Please ensure Javascript is enabled for purposes of website accessibility
Log In Help Join The Motley Fool
Free Article Join Over 1 Million Premium Members And Get More In-Depth Stock Guidance and Research
By Adam Levine-Weinberg – Sep 18, 2019 at 9:37AM

After 20 years of leading the upscale purveyor of beauty products and spa treatments, co-founders Marla Malcolm Beck and Barry Beck are ready to move on.

In early 2015, Macy's (M 2.62%) announced that it had agreed to buy luxury beauty retailer and spa operator Bluemercury. The goal was to build on Macy's existing strength in the beauty business by opening more small-format Bluemercury shops, opening Bluemercury boutiques in certain Macy's stores, and adding Bluemercury products to other full-line stores.

Bluemercury has remained a separately managed part of Macy's over the past few years, under the leadership of its founders: husband-and-wife team Marla Malcolm Beck (who serves as CEO) and Barry Beck (who serves as chief operating officer). Thanks to Macy's substantial financial resources, the brand has been able to grow quickly. However, Macy's announced this week that the Becks plan to leave the company. This is a big loss for the retail giant. 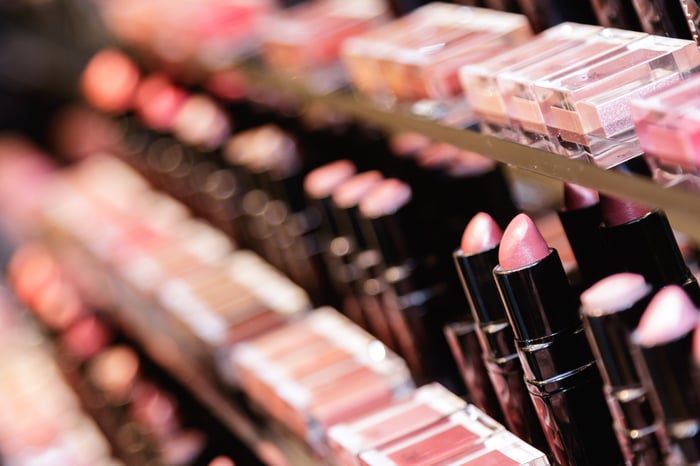 Bluemercury has been an important source of growth for Macy's in recent years. Image source: Getty Images.

When Macy's bought Bluemercury, the brand had about 60 stores spread across 18 states. One of the biggest benefits of the deal was that it helped Bluemercury to accelerate its growth. In the four years after the acquisition closed, Bluemercury opened about 100 new freestanding stores. It also added boutiques inside 20 Macy's full-line stores.

As a result, Bluemercury had 187 total locations as of early August, roughly tripling its store count compared to the time of the acquisition. Macy's doesn't provide any detailed information about Bluemercury's financial performance, but the brand's rapid expansion since 2015 suggests that its unique approach -- centered on pairing convenient neighborhood locations with expert advice -- is succeeding.

That has made Bluemercury an island of much-needed growth for Macy's. When the acquisition was announced in February 2015, the $210 million purchase price represented just 1% of Macy's $22 billion market cap. Today, Bluemercury is probably considerably more valuable. At the same value per store, it would be worth more than $600 million. Meanwhile, Macy's market cap has plummeted to around $5 billion. Thus, Bluemercury now accounts for a meaningful proportion of Macy's value. 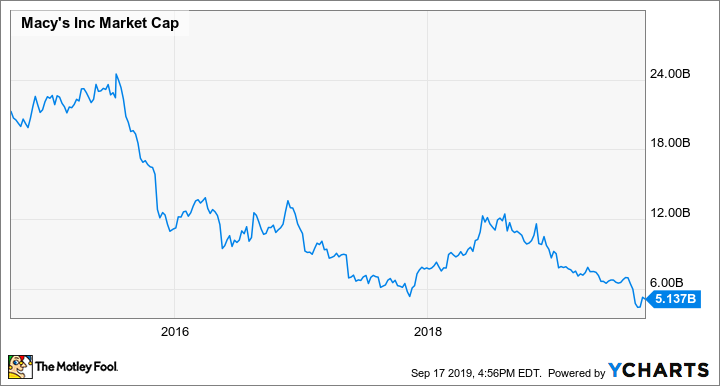 The founders are leaving

On Tuesday, Macy's announced that Barry Beck will leave the company at the end of this week in order to pursue a new venture. Marla Malcolm Beck will remain as Bluemercury's CEO for a transition period while Macy's conducts a search for a new permanent leader, but she will ultimately depart as well.

The Becks' decision to leave Bluemercury shouldn't come as a total shock. Founders often depart within a few years of selling to a bigger company, and it has been four and a half years since Macy's acquired Bluemercury. Furthermore, the Becks founded Bluemercury 20 years ago, so it's understandable that they would be ready to try something new.

Given Bluemercury's importance to Macy's as one of the company's growth engines, a key question for investors is how integral the founders are to its continuing success. Human capital has been critical to Bluemercury's business model over time. Early on, the company differentiated itself from rivals by hiring full-time beauty experts, rather than relying on lots of cheaper part-time workers who were sure to move on before long. In fact, for many years, the Becks personally interviewed every potential new hire.

This hands-on attitude helped build Bluemercury into the success story it is today. That said, part of creating a growth business is making it scalable, which means -- among other things -- that the CEO can't be involved in every single decision. A lot of this work had already been done before Macy's bought Bluemercury, and the company's rapid expansion since 2015 has also driven that evolution.

Thus, another talented leader should be able to take the helm without disrupting Bluemercury's growth. Nevertheless, the impending leadership transition does create some risk for one of Macy's most important growth businesses.