Robin Vince is the latest high-ranking official to depart as the investment bank overhauls its traditional partner structure. Who's next?

Yet another high-ranking executive is leaving Goldman Sachs Group (GS -1.10%), and investors must wonder how the management team will lead the firm into the future.

Robin Vince, Goldman Sachs' chief risk officer, is set to leave the firm at the end of the year in another shake-up by CEO David Solomon, who has been on the job for about a year. Vince -- who has been with the firm for 25 years and in the position since 2018 -- will be replaced by Comptroller and Accounting Chief Brian Lee.

Goldman Sachs' shares dropped 1.41% earlier this week following the latest announcement, to $216.79. In the first half of the year, investors showed confidence in Solomon's vision for the firm, as the stock price rose to a high of $222.14 on July 26, a sizable 29% increase from its early January price of $172.03. 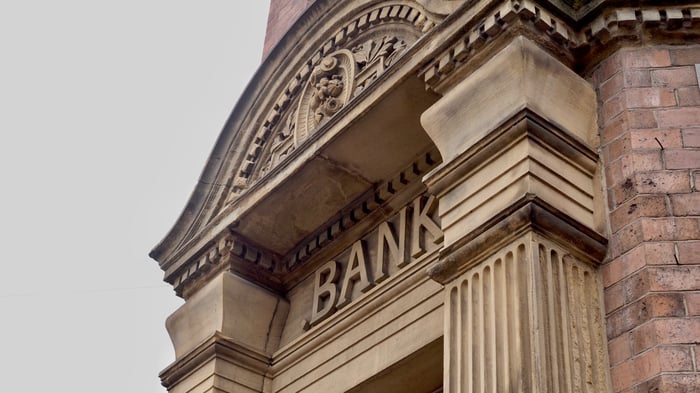 But shareholders and prospective investors alike may start tempering expectations for the firm -- or at least holding steady with their money -- as Solomon's tinkering with the executive staff and partners begins to bear fruit. Should investors start looking to other bank stocks instead?

More Goldman Sachs executives and partners on their way out

Solomon has shifted around -- and out -- other executives, replacing them with investment bankers he trusts. The Wall Street Journal reported in early September that at least a dozen more of Goldman Sachs' partners are in negotiations to exit the firm. The Journal said as much as 15% of the partners are expected to leave before the year is up.

It's all part of Solomon's plan to trim down on what Goldman Sachs calls its partners -- a nod to the days when the firm was private, and top executives leveraged their own money to underwrite securities and finance trades. Today, partners make at least $1 million in annual compensation.

Goldman Sachs has at times beefed up its partnership team, to a peak of almost 500 in 2018. That number is more than double the 221 the firm had when it went public in 1999.

Solomon has shown a desire to trim back on that partnership group in his year at the helm. He has also shown an interest in shifting the makeup of the partners, to more investment bankers and those he trusts.

What Solomon wants to do for Goldman Sachs

Goldman Sachs has long relied on trading and Wall Street activity to fuel its revenue. That hasn't worked in recent years, though, especially compared to some of its large rivals. Solomon has said he feels part of that is due to the firm "growing bloated," with too many executives at the top.

Solomon also aims to shift focus at the firm to the consumer side of the business. The firm has already invested more than $1 billion in that realm, but the results have yet to come to fruition.

With so much change at the top of such a large firm, it's natural for investors to be wary of Goldman Sachs' long-term outlook. While its stock price is up a hefty amount year-to-date, it's still down more than 20% since its high in 2016.

Focusing on Main Street businesses is a major shift for Goldman Sachs, and it's a gamble Solomon is hoping will pay off. Whether investors feel like Goldman Sachs is on the rise, or whether it's time to pump the breaks, may depend largely on their confidence in Solomon's vision in a need for change -- both from a strategic and personnel standpoint.