Beaten but not broken: here is why Square still looks like an attractive stock.

Square's (SQ 2.75%) shareholders have endured a barrage of bad news in recent weeks. Even putting aside geo-political risks that keep threatening equity markets, the firm lowered its guidance for the third quarter and sold its food delivery-app to DoorDash. None of this was particularly well-received, which explains Square's stock shedding more than 20% of its value during the month of August. Short-term volatility aside, though, there are excellent reasons to think Square will bounce back, which makes its recent struggles a good opportunity for investors. Let's consider three of these reasons. 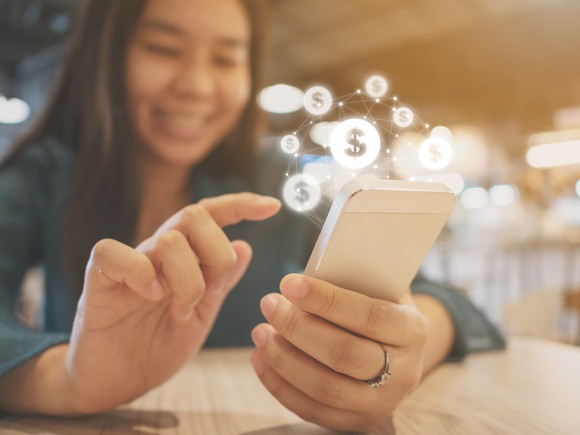 Square is primarily known for providing alternative payment processing methods to businesses. Instead of relying on clunky and outdated (and expensive) point of sale systems, start-ups or even seasoned companies can use the firm's software and hardware combo to turn almost any mobile device into a payment processor. Square also provides analytical tools to help business owners gauge the strength of their operations, as well as manage various aspects of their day to day activities, including inventory, employee compensation and benefits, and more. In short, the company makes it easier to start, grow, and run a business by combining several important business activities into a coherent, easy to use, and affordable system.

This innovative approach has been a major success. Between 2015 and 2018, Square's annual gross payment volume (GPV) and total revenues grew by 137% and 160%, respectively. Although the firm isn't profitable yet, its net losses have been consistently shrinking over the same period (from a net loss of $212 million in 2015 to a net loss of $38 million last year).

Now here's the best part: despite Square's growth in recent years, the company is still barely scratching the surface of its potential. There are thousands of new businesses created every year, and global card payment volume is expected to continue growing at a fast pace. Square is ideally positioned to profit from this upward trend.

Square is looking to profit from another fast growing segment of the economy: the e-commerce market. Back in March, the firm announced the launch of its online store. In addition to giving businesses the option of selling products through customized digital storefronts, Square's e-commerce platform allows companies to connect with customers via social media websites such as Instagram.

Moving into the e-commerce segment puts Square in competition with Shopify Inc (SHOP 3.79%). However, the California-based fintech firm can tap into an already existing pool of customers to grow its e-commerce presence. There is likely to be enough room for both Square and Shopify in this lucrative market.

Square's mobile payment service is another powerful arrow in its quiver. Cash App more than doubled its user base over the past year and a half alone, and the platform now boasts over 15 million accounts. The genius behind Square's Cash App is the services it provides beyond simple money transfers. The payment app allows users to receive direct deposits for paychecks, and even launched bitcoin trading services last year, among many other perks. We recently got a glimpse of just how well Cash App has been performing. During its second-quarter earnings release, Square revealed that Cash App had generated $135 million in net revenues during the quarter (excluding bitcoin).

For those of you keeping score at home, that adds up to an annualized revenue of $540 million. The tech firm can still grow this aspect of its business significantly. For instance, there are scores of opportunities Square could pursue with its Cash Card, which is a debit card linked to Cash App.

While short term volatile price movements are hard to ignore, focusing on the long term is likely to bring greater rewards. Recent headwinds aside, Square's long term prospects look every bit as compelling as ever, if not more. No wonder the tech firm keeps getting positive recommendations from analysts.