Major benchmarks fell Friday on fears that the U.S. and China are not moving closer to a trade deal. The Dow Jones Industrial Average (^DJI 0.01%) and the S&P 500 (^GSPC -0.08%) were in positive territory in the morning, but plunged following reports that a Chinese trade delegation canceled a trip to Montana.

As for individual stocks, Steelcase (SCS 1.46%) soared on strong earnings, and iPhone fans got their hands on Apple's (AAPL -3.74%) latest models today. 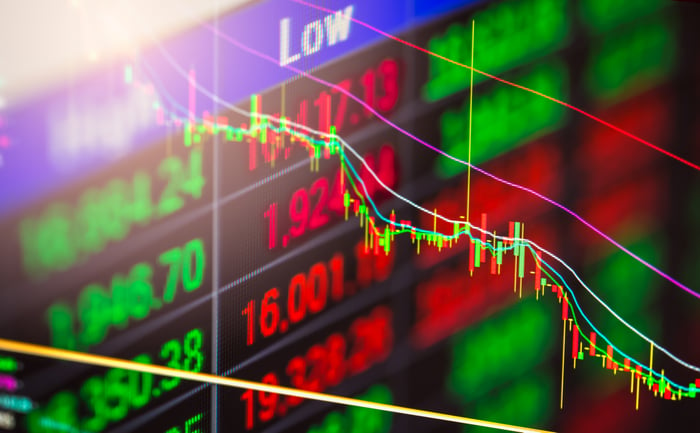 Office furniture maker Steelcase reported fiscal second-quarter results well above the guidance it gave three months ago, and shares jumped 9.9%. Revenue grew 14% to $998 million after the company had forecast $920 million to $945 million. Earnings per share increased 22% to $0.50, compared with guidance of $0.41 to $0.45.

Acquisitions contributed to the top-line growth, but organic growth was also a strong 9%. Organic revenue increased 9% in the Americas and 5% in Europe, the Middle East, and Africa (EMEA), despite what the company called a challenging business environment in the region. Profit gains came mainly from the Americas, where operating income jumped 17% to $90.3 million, mostly because of price increases and lower prices for commodities, including steel. The EMEA segment had an operating loss of $5.5 million.

Looking forward, Steelcase said to expect full-year EPS to come in near the top end of earlier guidance, which was $1.35, saying that industry spending on furniture appears to be stronger than capital spending in general.

Apple's iPhone 11 hit the shelves today and eager fans lined up at stores across the world, including at the company's flagship location on Fifth Avenue in New York, where CEO Tim Cook made an appearance to join in the fun. Investors curbed their enthusiasm, waiting until more clues emerge on sales figures in coming weeks, and shares fell 1.5%.

Analysts seem to be cautiously optimistic about the reception the new line of smartphones is getting. The improved cameras, excellent battery life, and faster processors have gotten positive reviews, but the tech company's pricing strategy that has the base model selling for $50 less than last year's price tag on the popular iPhone XR has arguably captured even more attention from investors.

Investors will also be keeping an eye on sales in China, one of Apple's most important markets and where the effect of the trade war on consumer behavior is still largely unknown. The early reports were that lines were short at Apple stores there, but there are signs preorders are strong. Chinese e-commerce company JD.com said that preorders are 480% above the pace of last year, driven by heavy demand from customers between 16 and 29 years old.