But it's not necessarily bad news for Apple. 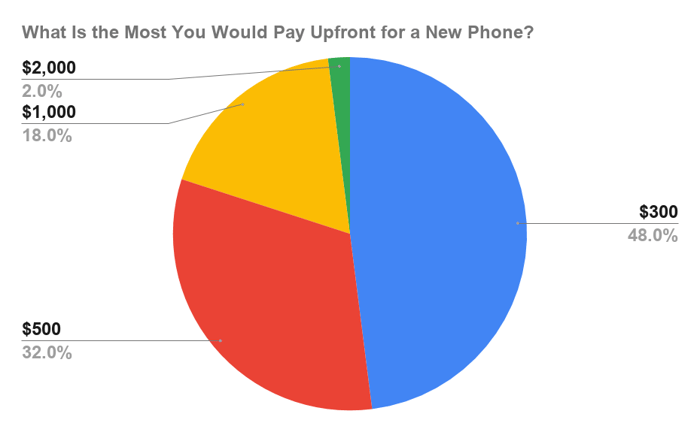 That may explain why the iPhone XR, last year's cheaper companion to the iPhone XS and XS Max, is reportedly the best-selling iPhone in the U.S. Research firm CIRP estimates that the XR, which started at $749, accounted for 48% of all iPhone sales in the second quarter.

The XR's popularity could be why Apple launched the new iPhone 11 at a lower price than the iPhone XR. But the tech titan didn't change the prices of its two higher-end phones, indicating that there's still solid demand for its $1,000-plus devices.

WalletHub's survey might sound like bad news for Apple, but it isn't. The market for pricier devices in America may be small, but the Mac maker dominates that niche and isn't exposed to the fragmented market for low- to mid-range devices, which is currently saturated by Chinese companies like Huawei, Oppo, and Xiaomi.