Powerful financial institutions are beginning to deploy distributed ledger technology so as to reap its many benefits.

Blockchain technology has the potential to reshape key aspects of the global financial system. Here are some notable recent developments that should help to further this megatrend.

Wells Fargo Digital Cash, as the service will be known, will facilitate cross-border payments. The banking titan, which oversees $1.9 trillion in assets, says its DLT-based system will provide a "permanent, highly secure, and trusted record of transactions" that will reduce costs and allow for "near real-time money movement."

"As a result of the increasing digitization of banking services globally, we see a growing demand to further reduce friction regarding traditional borders, and today's technology puts us in a strong position to do that," Wells Fargo Innovation Group head Lisa Frazier said in a press release. "We believe DLT holds promise for a variety of use cases, and we're energized to take this significant step in applying the technology to banking in a material and scalable way."

Wells Fargo is planning to pilot the service in 2020, beginning with U.S. dollar-based transactions. The banking giant intends to extend the service to multi-currency transfers over time, eventually rolling it out across its entire global branch network.

"Wells Fargo Digital Cash has the potential to enable Wells Fargo to remove barriers to real-time financial interactions across multiple accounts in multiple marketplaces around the world," Frazier said. 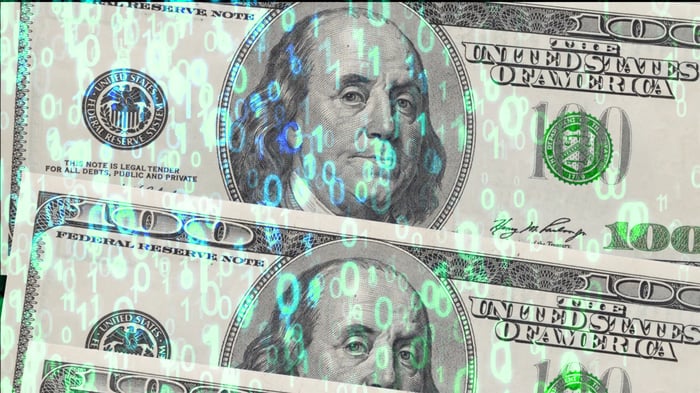 Is this the start of the tokenization of the mutual fund industry?

Franklin Templeton Investments, a $700 billion asset management company, filed a preliminary prospectus with the U.S. Securities and Exchange Commission earlier this month for a new money market fund. What makes this fund unique among the plethora of money market funds already available is that its shares will be tokenized on the Stellar network.

Stellar's blockchain-based platform is designed to serve as an open network for storing and moving money. It aims to make assets liquid and flexible by making it easy for users to convert tokenized assets quickly and cheaply.

Franklin Templeton stated in its prospectus that it believes blockchain-based shares will provide increased transparency to shareholders and help to reduce settlement times.

"Blockchain technologies have the possibility to knit traditional asset management products and services closer to transactional payments," the company said in a statement to The Block. "A registered money market fund that is backed by hard assets and registered with the SEC under the Investment Company Act of 1940, with its shares existing as native digital assets on a blockchain and held in a digital wallet, can be an ideal stable digital asset to be used in the new economy."